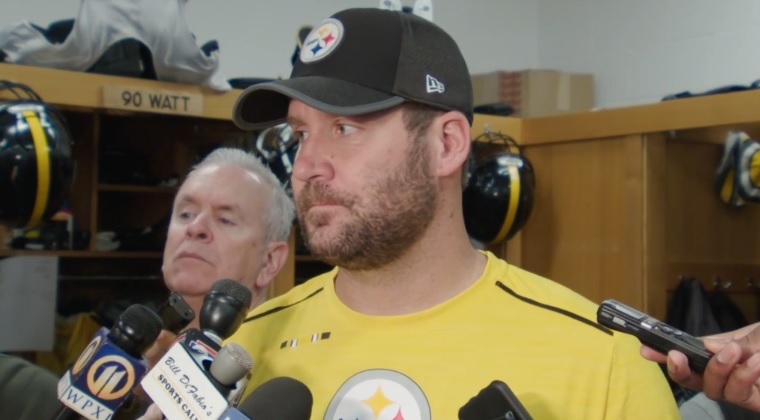 Chapter XI – Steelers Tame Bengals, But Not Their Own Locker Room

The Steelers had an ever so important rebound performance against the Kansas City Chiefs on the road after they lost at Heinz Field in spectacular fashion to the Jacksonville Jaguars the week before. The Chiefs came into that game undefeated and looked like a legitimate threat, so that helped restore confidence and balance.

But the winning had to continue for it to matter at all, and they had some divisional business to take care of, with their first appearance of the season against the Cincinnati Bengals and Vontaze Burfict, who yet again made himself the center of attention.

The violent linebacker made fullback Roosevelt Nix his target for the game, and at one point early on even kicked at his head while on his back. It ultimately drew a fine, but did not prompt a suspension, which would have been his second of the season, and third of his career.

All of Burfict’s antics, however, would not help the defense, as the Steelers put up 29 points against them, including 20 points in the first half before they turned off the jets a bit in the second half. After all, they didn’t have to do much, as Pittsburgh’s defense shut out the Bengals in the second half.

The Steelers were able to drive the field on their opening possession and score a touchdown, a seven-yard pass from Ben Roethlisberger to Antonio Brown. The two teams would exchange touchdowns to a 14-14 draw midway through the second quarter, but that would be it for the Bengals, Pittsburgh going on to score 15 unanswered over the course of the rest of the game.

Much of that was courtesy of Chris Boswell, who loves kicking against the Bengals for some reason. He added five field goals over the final 32 minutes of the game, and has yet to miss a field goal against Cincinnati in spite of a high volume.

Le’Veon Bell had another big game on the round, rushing for 134 yards on 35 carries, and he added another 58 through the air, including 42 on a catch-and-run on which he put Dre Kirkpatrick into the ground with a textbook stiff arm.

Wide receiver Martavis Bryant had just one catch for three yards in the game on two official targets as JuJu Smith-Schuster began to see more playing time. The other target was a deep incompletion on which the receiver failed to track the ball.

It was after this game that the embattled wide receiver got himself into trouble. As reports of his unrest continued to surface, he took to social media, knocking Smith-Schuster. His actions would get him benched for the next game and he would express his interest in being traded if his role were not changed.

What’s a win without some drama, right? The Steelers didn’t have many of those in 2017.