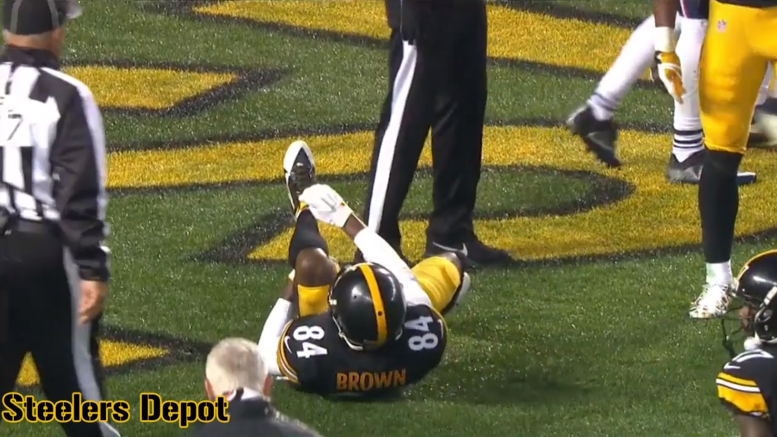 Question: Could Antonio Brown really sit out the Divisional Round, and if so, how much of a blow will that be to the Steelers’ chances of winning?

The Steelers officially listed Antonio Brown as questionable to play tomorrow at the end of this week of practice. While it’s important to keep in mind that the ‘Probable’ designation no longer exists, it is also important to note that the Steelers’ players they have listed as ‘Questionable’ this season have quite frequently ended up not playing.

There have been varying reports about the nature of Brown’s situation. Late reports coming out yesterday indicate that he is legitimately going to be a game-time decision. He is said to have missed practice yesterday with an illness, but there was also mention from some venues that the calf remains an issue after nearly a month.

But I have a rather hard time imagining that Brown would not play if he is even close to being able to play. Especially since this is the postseason. He was a game-time decision when he had a toe injury and he played in that game. I’m certain he has played through quite a few injuries.

A calf injury, however, is something a bit different, and attempting to play through it could trigger a further injury, which would jeopardize the rest of the playoffs for him. So if the calf is really still a not insignificant concern, then perhaps he really could sit.

So do the Steelers have the arsenal necessary to defeat the Jaguars without Brown? Well, he went off in the last game and that still didn’t help. Both JuJu Smith-Schuster and Martavis Bryant are playing better and are more involved than they were in the first meeting.

And there is always Le’Veon Bell, of course. I realize that the Jaguars’ rush defense has had some recent success, but Bell is already pretty experienced in having success against good run defenses. And he is certainly well-rested.