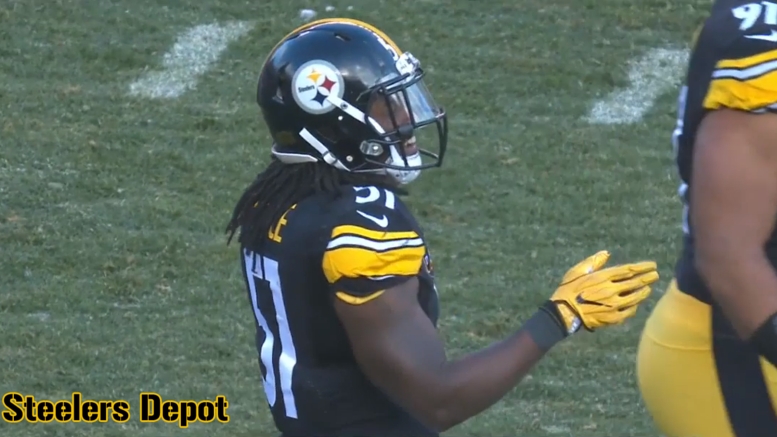 The newest addition to the 53-man roster, short of running back Stevan Ridley, the Steelers brought back inside linebacker Sean Spence after parting nearly two seasons ago following the severe injury suffered by Ryan Shazier, and the former third-round pick has since become the team’s primary answer at the spot.

While he is rotating some with L.J. Fort in obvious passing situations when the team uses its dime defense, the bulk of the mack responsibilities for the defense has fallen back to Spence, who was also here for Shazier’s first two season, during which he got a number of spot starts.

The sixth-year veteran opened the season with the Colts, but was released after a few games and has been on the couch since then until the Steelers came calling in the wake of Shazier’s injury. He got off to a slow start as he adjusted both physically and mentally back to the game, and to the scheme, but has improved since then.

In the four games that he has played with the Steelers, he has now registered 19 tackles to go along with a sack, and the bulk of that production has come just over the course of the past two games. He had six tackles in the season finale, and eight tackles plus a sack against the Texans on Christmas.

But the defense will be counting upon him to continue to progress and play at his best as we enter the postseason as well, using the bye week to get more comfortable with a scheme that has undergone tweaks and alterations since he was last here.