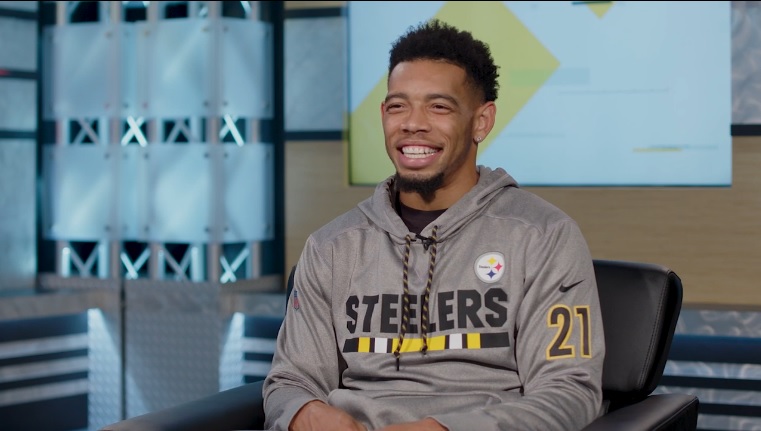 The Pittsburgh Steelers won the AFC North Sunday night with their home win over the Baltimore Ravens and as you can probably imagine there were quite a few players that enjoyed getting their hats and t-shirts in the locker room after the game was over. One of those players was definitely cornerback Joe Haden and he posted a quick video of himself sporting his new attire on his Twitter account.

Haden, who was originally drafted originally by the Cleveland Browns in the first round of the 2010 NFL draft, has never experienced a winning season in the NFL, let alone a division title until this year.

The Steelers signed Haden just prior to the start of the regular season after the Browns decided to release him because of his high salary and injury history. The cornerback played well for the Steelers prior to him suffering a fractured fibula in the team’s Week 10 game against the Indianapolis Colts.

It’s unknown if Haden will be ready to return to action in Week 15 when the Steelers host the New England Patriots. Regardless, he’s expected to be healthy soon and most definitely by the time the playoffs start.