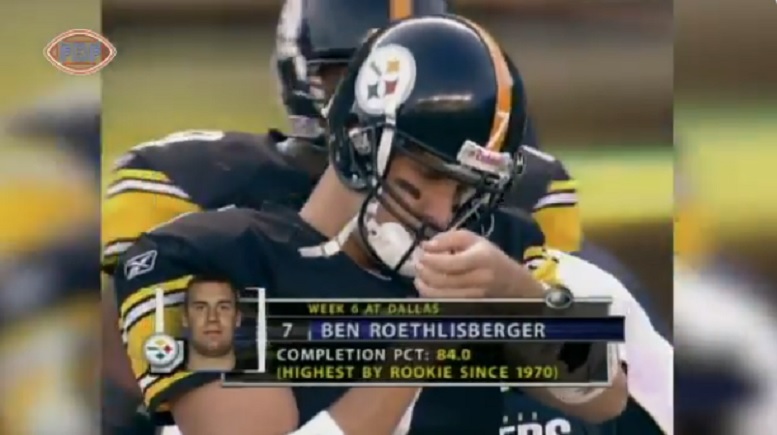 How many of you remember the first time that Pittsburgh Steelers quarterback Ben Roethlisberger faced the New England Patriots and quarterback Tom Brady?

It happened way back in 2004, Roethlisberger’s rookie season, and specifically in Week 8. That game at Heinz Field took place on Halloween with the Steelers fresh off their bye week.

After the Patriots jumped out to a 3-0 lead, the Steelers went on to score 21 unanswered points within the final four minutes of the first quarter. They never trailed the rest of the game and Roethlisberger finished the contest with 196 yards passing on 18 completions and two touchdowns. Both of those scoring throws went to wide receiver Plaxico Burress from 47 and 4 yards out, respectively. Roethlisberger also wasn’t sacked in that game.

As for Brady, he threw for 271 yards on 25 completions in that 2004 loss to the the Steelers. Like Roethlisberger, Brady threw two touchdowns during that game but also threw two interceptions, of which one was returned 39 yards for a touchdown by cornerback Deshea Townsend at the end of the first quarter.

Later that season during the playoffs, Brady and the Patriots got their revenge on Roethlisberger and the Steelers as they beat them 41-27 in the AFC Championship game.