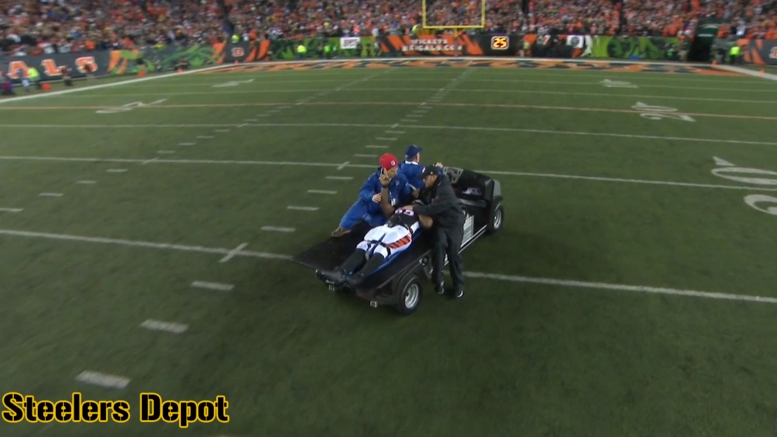 Chances are good that Cincinnati Bengals linebacker Vontaze Burfict is never going to be much of a sympathetic figure, especially in Pittsburgh. The former Pro Bowler has had many run-ins with both the Pittsburgh Steelers and other teams, and has been suspended multiple times and received numerous fines for his on-field conduct.

Suffice it to say, Burfict is not a particularly likable person. In spite of the fact that he has a relatively clean history off the field, to the best of our knowledge—which is more than can be said for Adam Jones—his conduct between the white lines, and sometimes even outside them, earns him a lot of much-deserved scorn.

With that said, he is at the moment a person who is attempting to overcome a brain injury. He took the practice field just yesterday for the first time since an illegal block from Steelers wide receiver JuJu Smith-Schuster caused him to suffer a concussion, subsequently being carted off the field.

I would gather that virtually everybody here reading this by now knows enough about me that I take head injuries and concussions very seriously. Burfict is perhaps the only player in the NFL that I genuinely dislike, but I would love to see him be able to be back on the field.

I chose my words carefully in the above sentence. I want him to be able to play; however, I think a conversation about whether or not he should even be allowed in the league because of his conduct is one that is worth having.

Human nature can be a pretty ugly thing at times, whether one views that as good or bad, and unsympathetic figures often do not earn a whole lot of sympathy. When Burfict was injured, one of the players that he has concussed in the past, Antonio Brown, repeated yelled the word ‘karma’ in the locker room while Smith-Schuster was being interviewed.

For his own part, Smith-Schuster—after returning for serving a one-game suspension stemming from that hit—participated in a post-touchdown celebration with Martavis Bryant in which he reenacted his taunt after hitting Burfict. The act went over quite well in Pittsburgh.

It wasn’t just Burfict who was injured in that game for the Bengals, however. You might recall that both running back Joe Mixon and cornerback Dre Kirkpatrick also suffered concussions against the Steelers. All three players have missed the past two games due to concussions, but as of yesterday, all have returned to practice.

The NFL clearly still has a lot of work to do when it comes to protecting its players after suffering concussions, as we have seen multiple times this season, but that is a topic for another day. At the moment, it is just good to see three players working their way back from brain injuries.