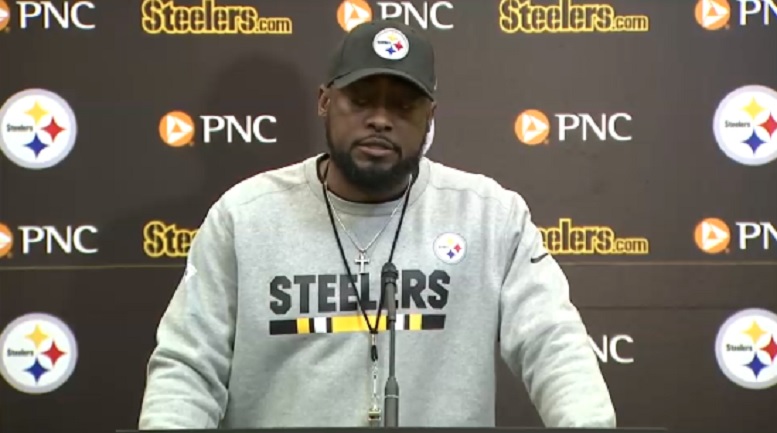 Several members of the Pittsburgh Steelers organization visited injured linebacker Ryan Shazier in the hospital prior to returning from Cincinnati after the team’s Monday night game and head coach Mike Tomlin was one of them. On Tuesday. Tomlin described his post game hospital visit with Shazier as “strangely normal.”

“Ryan is a legitimate leader,” Tomlin said. “He’s asking about the guys, Vince [Williams], particularly. I told him about the guys. We talked about how the game unfolded and some of those things. Normal conversations and not only is he a mentally tough guy, but he’s a guy that spiritually in a great place and I know that that’s an asset to he and his family.”

Tomlin went on to say that Shazier never asked about his football future following him suffering what appeared to be him suffering a serious back injury during the first quarter of the Monday night game against the Cincinnati Bengals. Instead, Tomlin said Shazier only wanted to know about his teammates.

During his press conference, Tomlin was asked about fellow Steelers linebacker Vince Williams being visibly shaken after Shazier’s injury as he was shown in tears on the sideline after his teammate was carted off the field attached to a flat board.

“I wasn’t surprised by Vince’s response,” Tomlin said. “I know how close those men are. They’re professional brothers, but it goes beyond that.

“When you put what you put into what we do, the relationships go beyond professional. They are quite personal. And they have to be if you want unique outcomes.”

Overall, while Tomlin didn’t have anything new to report Tuesday morning as far as medical updates on Shazier, he sounded optimistic about what his continued prognosis might be.

“Man, Ryan’s a trooper,” Tomlin said. “Had an opportunity to spend some time with him. Man, he’s in really good spirits. Tough guy. He’s got great support from family and loved ones there. It’s painful to get on that plane last night but that’s life.”

After publicly thanking all of the people of Cincinnati that helped provide care for Shazier after he was injured. Tomlin hinted that those currently caring for him might ultimately be able to update the linebacker’s status later Tuesday. Tomlin, however, admitted that he hasn’t talked to Shazier since returning to Pittsburgh.