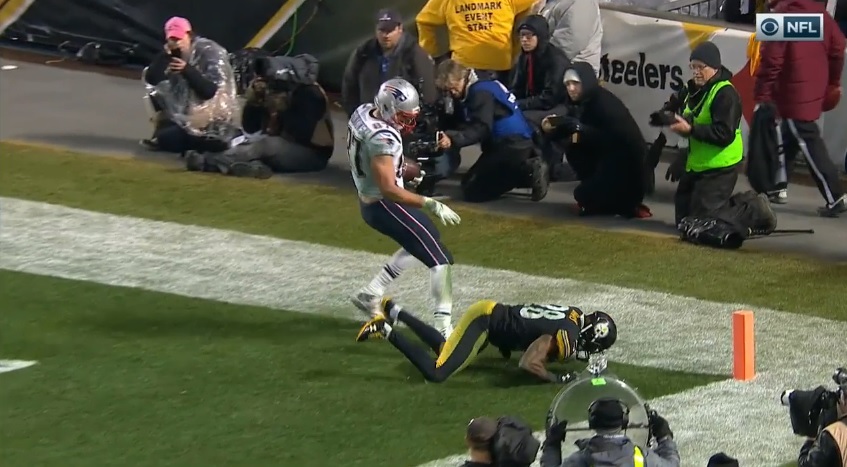 For Steelers fans, this probably isn’t the answer you want to hear. After getting torched by Rob Gronkowski, again, Sunday evening, Mike Tomlin didn’t have much of an answer in his Tuesday press conference. Mostly, he tipped his hat to the Patriots for going out and executing.

“There was attention paid to Gronk,” Tomlin responded. “There was two people assigned to him at times. He was very good and so was their quarterback. I’d be remiss if I didn’t acknowledge those things.”

Gronkowski set a personal best in yards against the Steelers and tied a career high in catches against them. He was their entire offense the final drive, catching three passes for 69 yards that set up the go-ahead score.

Tomlin then deflected the rest of the question, not wanting to dive deep into second guessing.

“I understand second guessing is a part of it. Especially when you don’t win. I’m not going to be resistant to that. But you’re not going to find some of the answers you guys are looking for. There’s a myriad of layers to some of these discussions. They’re complex ones. None of it is very black and white. That’s how games unfold from time to time.”

Aditi Kinkhabwala followed up, and I haven’t heard the comments directly yet, that Sean Davis and Mike Mitchell said there was supposed to be a double-team on Gronk during that final series that never happened. Mitchell responded to a breakdown the Steelers’ website did this morning, taking the blame for one of Gronk’s catches.

But Tomlin didn’t want to use that as an excuse.

What is black and white, going back to what Tomlin said earlier, is that Gronk kicked the Steelers’ butt for the sixth time in a row. And the Steelers still haven’t found out a way to even slow him down, let alone take him out of the game (which to be fair, is a virtually impossible task). Until they come up with a better plan, or execute at a higher level, it’ll be tough to beat the Pats.