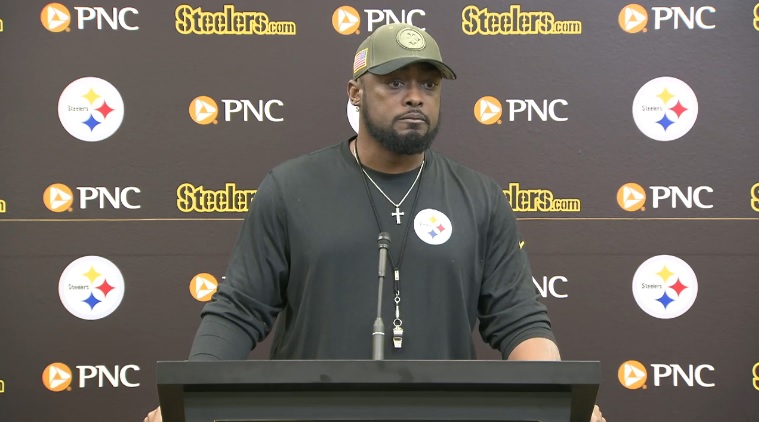 Mike Tomlin believes the Pittsburgh Steelers are in a better place to play man coverage this time around. We’ll find out on Sunday. Talking with reporters in today’s press conference, Tomlin says he thinks the defense can play man coverage more effectively this year than last.

“I feel like we are in a better position to do so,” Tomlin responded. “And we have practiced it more globally speaking over the course of the 12 month calendar.”

Looking back on last year, the Steelers did try to play man coverage in the AFC Championship game. But it failed, like pretty much everything else Keith Butler attempted to do to slow down Tom Brady. He could do no wrong, throwing for 384 yards, just ten incompletions, and three scores.

Throughout the offseason, Steelers’ players have said they’re more confident in being able to play man coverage. Statistically, they haven’t run a lot of it but as we noted weeks ago, they’re doing it in the most important situations.

Of course, whether or not the Steelers have Joe Haden back in the lineup is a critical component to how successful the secondary can be this time around. If Cam Sutton is forced to start or see a lot of playing time, you can bet Tom Brady will go after him in the same way he went after Artie Burns last year.

Larger than that, the Steelers’ defense must be able to communicate effectively and cleanly, something even Tomlin acknowledged hadn’t been good enough. They’re still trying to sort everything out after losing Ryan Shazier, the quarterback of that defense.

As we’ve reminded before, it goes beyond just playing man coverage. If playing man-to-man was *the* only key to beating the Patriots, they wouldn’t be as historically successful as they are. It’s just one component to winning and variety, mixing coverages and disguising looks, is how you win the game, not just the down.