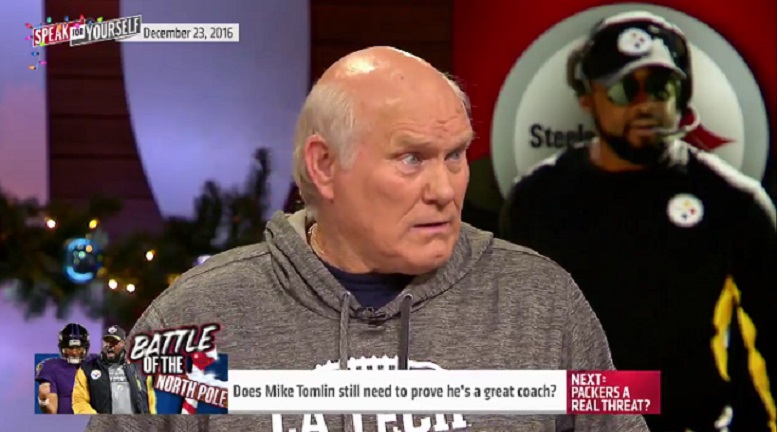 Remember the Mike Tomlin and Terry Bradshaw beef? Fun times. It’s back again, though in a much tamer version. Bradshaw, appearing on CBS’ Tiki and Tierney show Monday, was asked for his thoughts on the Steelers’ head coach.

.@terrybradshaw doesn't seem to be a huge Tomlin fan

"I give him no thought…. I have absolutely no opinion of him…. If he doesn't like me, I couldn't care less." pic.twitter.com/xMZa0NStlm

Bradshaw later said he would not apologize for calling Tomlin a “cheerleader,” even if Tomlin called him.

The cheerleader comment is how this whole thing started last year. Here’s what he said last December.

Tomlin took a thinly veiled shot back, telling reporters he grew up as a Hollywood Henderson fan. Henderson famously said Bradshaw couldn’t spell “cat” if you spotted him the first two letters.

This is much ado about nothing but it’s clear the bad blood that’s existed between Bradshaw and the franchise ever since his playing days ended still exists. Bradshaw did not attend the inaugural Hall of Honor class, citing scheduling conflicts, but that’s likely a convenient cop out. His rocky relationship with Chuck Noll is well-documented. And now, he has an ongoing feud with Tomlin.

Bradshaw recently said he has no relationship with Ben Roethlisberger, any friendship tarnished after what Bradshaw said following Big Ben’s motorcycle accident.

Ultimately, Bradshaw can spout off whatever he wants. Tomlin continues to be a success and prove those comments wrong.