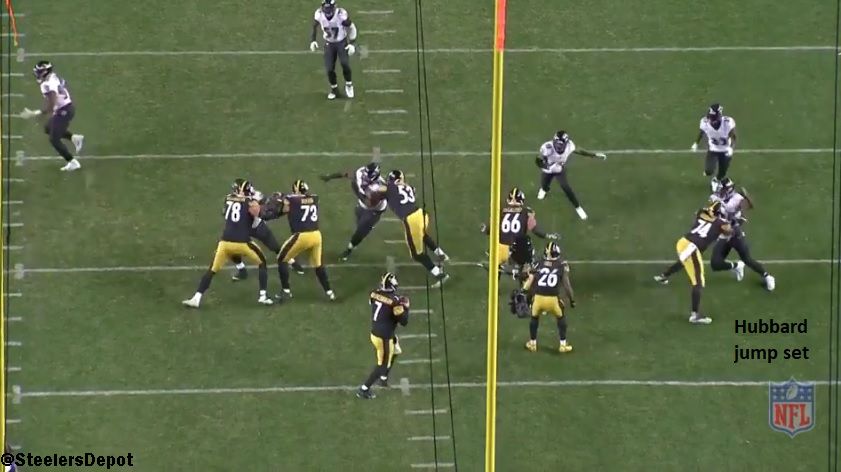 Breaking down the three sacks given up by the Pittsburgh Steelers in Sunday’s night win over the Baltimore Ravens.

Ben Roethlisberger is given plenty of time, even with Jesse James solo on the ROLB. From snap to sack, he has roughly four seconds, a lifetime for a QB. But there isn’t anything downfield. Three verts covered up. 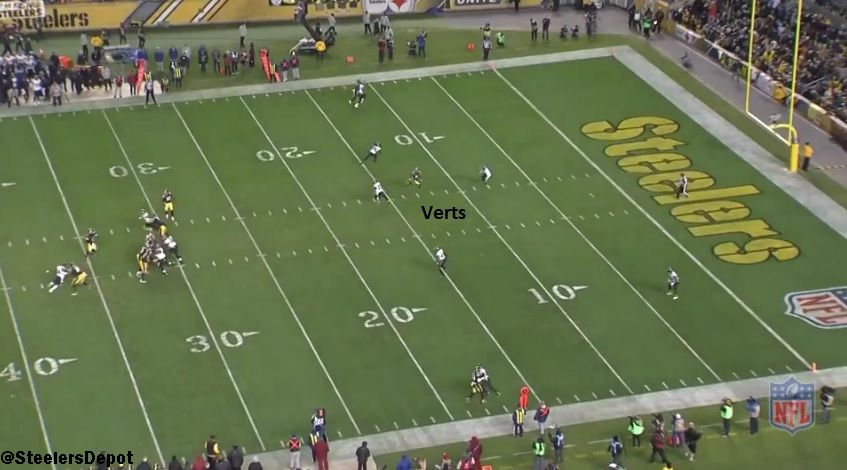 But Ben does have one option. James Conner leaks out of the backfield but Roethlisberger doesn’t find him, moving to his right before getting taken down by Tyus Bowser, who finally works around Chris Hubbard. But Hubbard gives Ben plenty of time so it’s not on him.

Ben needs to check it down to Conner. I bet anything if that’s Le’Veon Bell, this gets dumped off. But the trust and chemistry between Roethlisberger doesn’t exist. So Ben takes the sack. I’ll put it on 7. He had a chance to check it down, make a profit, avoid the negative play. 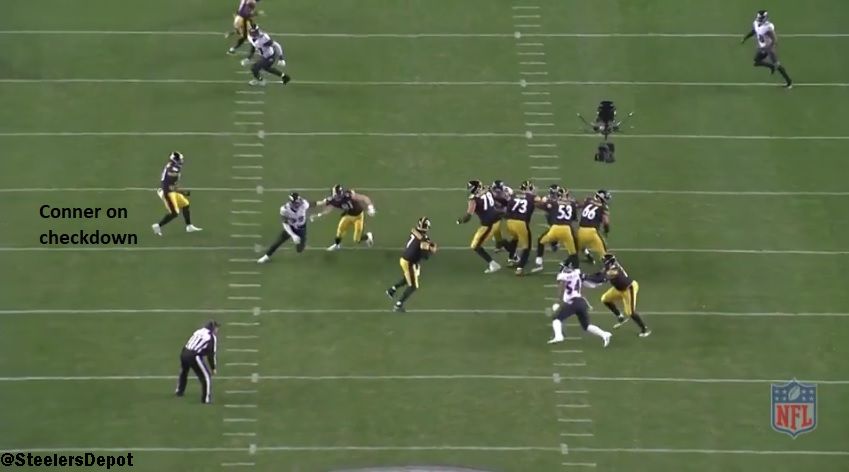 Again, Roethlisberger has a lot of time here. About four seconds, same as the first play. Max protect leaves only three receivers in the pattern and again, Todd Haley has everyone running vertical. Well-covered by Baltimore. 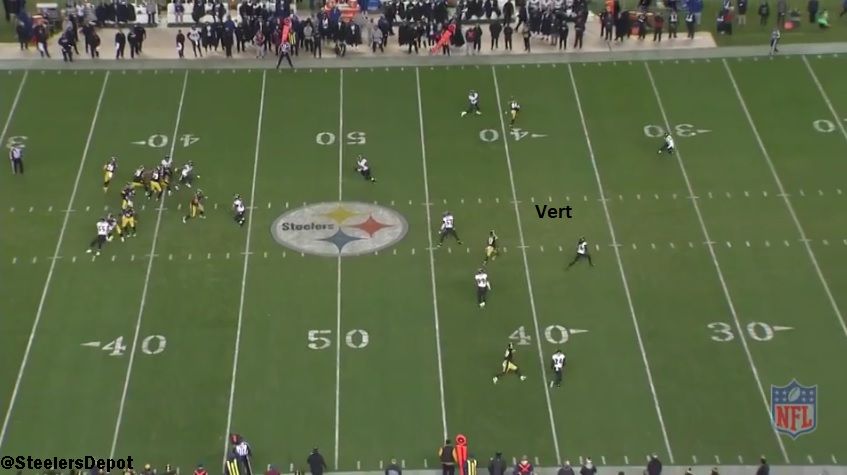 Hard to pin anything on the line. Ben’s given a clean pocket but Roethlisberger moves it, stepping up and to his right. Difficult for the line to react and Big Ben gets sandwiched.

End of the day, not a fan of the playcall. I get time was low in the half but the Steelers had two timeouts. No need for everyone to run independently and vertically. I do wonder why Bell didn’t leak out sooner. Four man rush with six others in the protection. He should’ve gone out sooner but maybe his knee/quad injury slowed him up. Looks like it in the clip below.

Still, we’ll blame this one on the OC.

Surprise, Haley calls all verts again. More understandable because it’s late in the game but still, you’re asking for a sack. Nothing open. 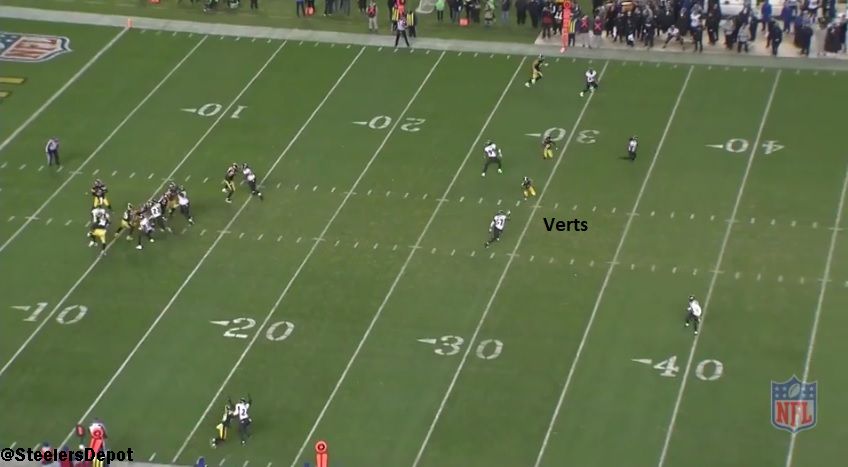 Ravens bring a safety blitz that does get identified and picked up. Chris Hubbard gets beat by Terrell Suggs. Steelers have been using short jump sets with him but teams are catching on. Suggs swims over and drops Big Ben. 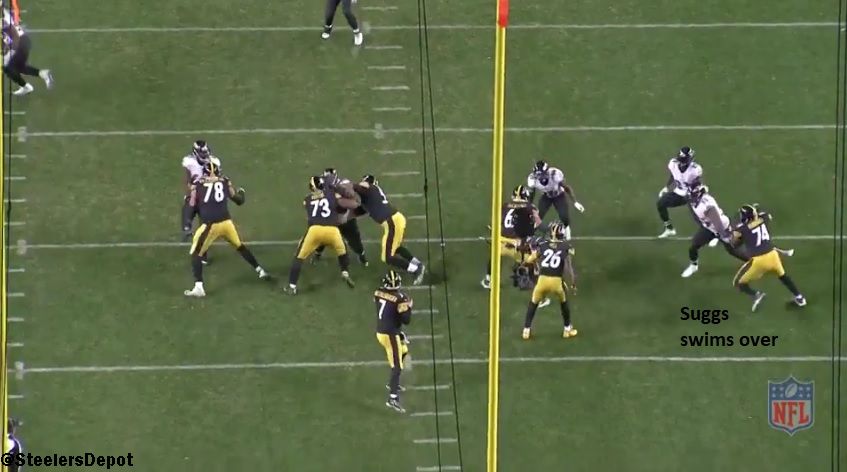 Going to put half on Hubbard here for the whiff, though you gotta tip your hat to Suggs, and again, half on Haley for a playcall that just isn’t my favorite. One of my biggest criticisms of his playcalling.

Blame: Half on Hubbard, half on Haley