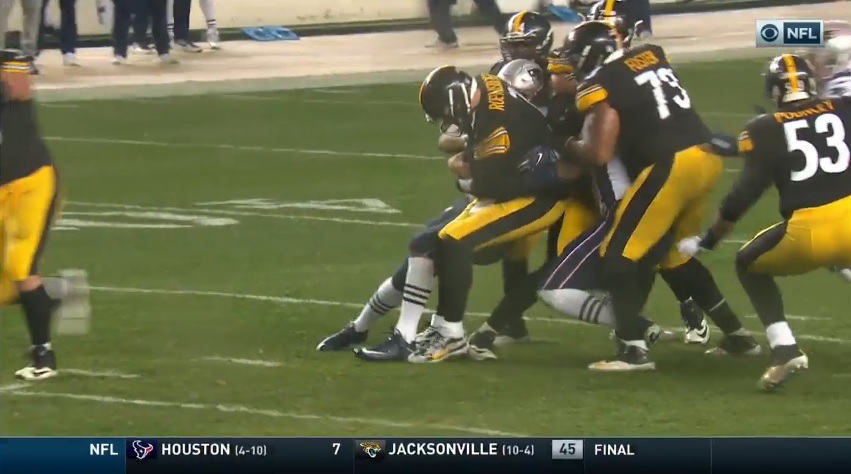 Back at it to take a dive into the two sacks the Pittsburgh Steelers allowed in Sunday’s loss to the New England Patriots. Two of them to look at.

Patriots are running a TE twist to the Steelers right (weak) side. The 3 tech becomes outside contain and the LDE loops over him to the inside. Though the contain rush doesn’t often get him, it’s designed for the looper to win in an ideal situation, #98, defensive end Trey Flowers, uses a good long-arm technique to run Chris Hubbard backwards. Hubbard’s biggest issue is dealing with power rushes because he’s probably the smallest tackle in the NFL and his length doesn’t do him any favors.

Alejandro Villanuea has a similar issue vs #91 Deatrich Wise. Bull rush gets him too and the pair meet at Ben Roethlisberger. Nowhere for 7 to go. 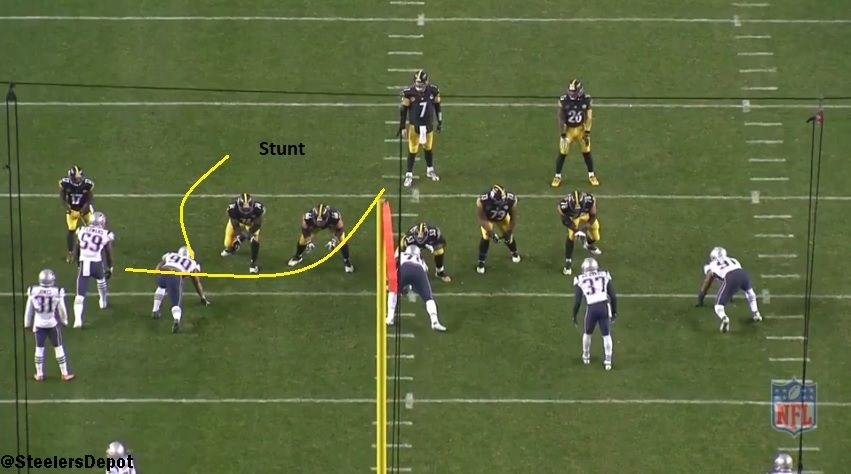 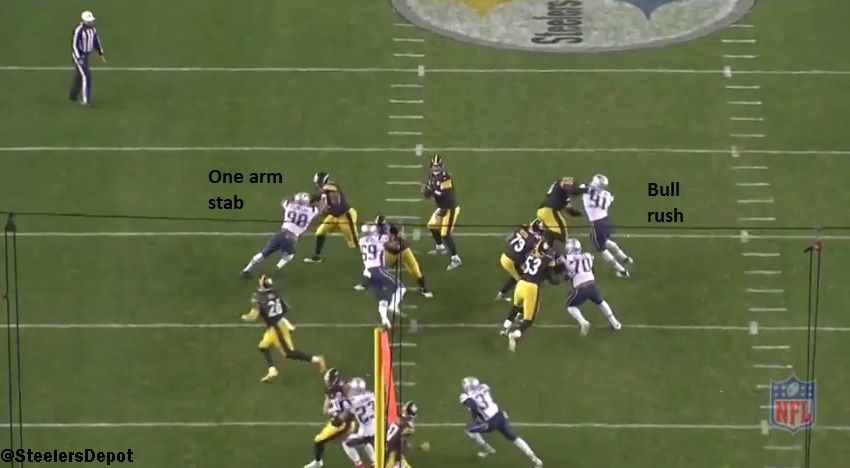 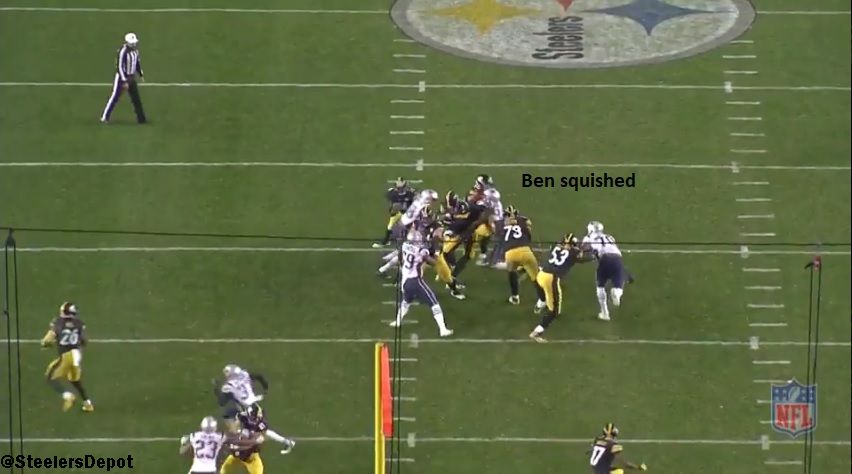 The concept was a mesh route. Some things that looked like they were open and Roethlisberger knows he has to avoid a sack here. But things weren’t quite developed yet and with a four man rush, Big Ben should be afforded some extra time or a place to go. So we’ll put this on the tackles, who get their butt kicked. 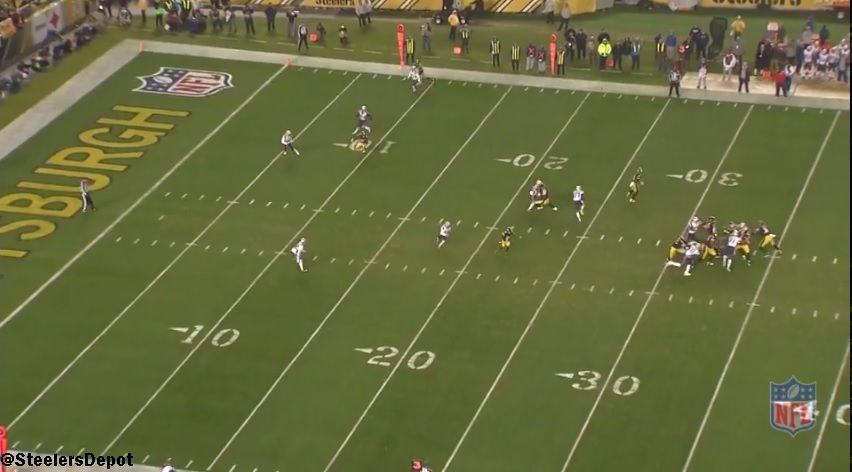 Blame: Half on Hubbard, half on Villanueva

Rare sack out of a heavy personnel. Don’t see many of those. Playaction, two man route. One vertical, one crosser. Both covered up and it takes time for the checkdown options to release. 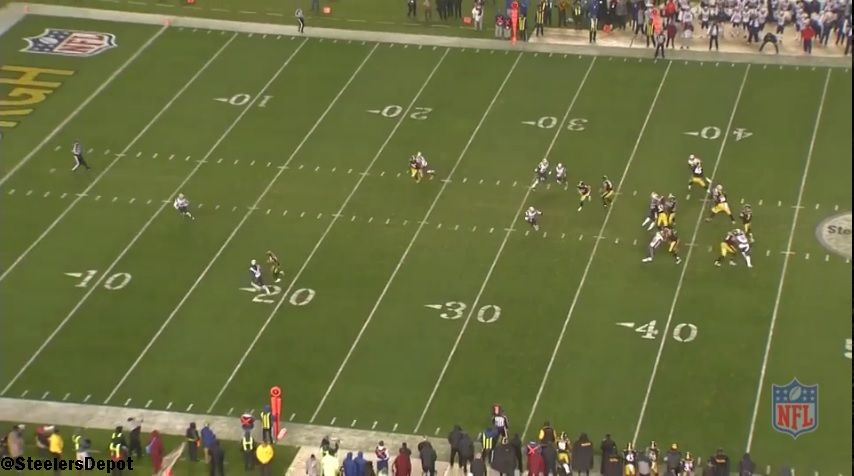 Ramon Foster does get beat on a solid dip move by #94, Ricky Jean-Francois. But Foster uses his size and length to seal him upfield, letting Ben Roethlisberger climb the pocket. It isn’t pretty but it gets the job done.

Again, Hubbard struggles with a power rush from Flowers. Gets into his pads Hubbards elbows are hinged, and he’s able to shed once he gets him upfield enough (and Ben steps up).

I think you could make a case for Foster being partially to blame. It definitely isn’t his best rep. But I thought he recovered well and did what a linemen needs to do. Keep the interior pocket clean. Hubbard didn’t have as much success. Also, the Patriots do a nice job of covering playaction. There wasn’t anything for Ben anyway. We haven’t done it all year but here, we’re going to put half on just plain ‘ol good coverage.

On the plus side, nice “look for work” block by Maurkice Pouncey and Villanueva shows off his grip strength.

To sum up, I am going to put half on Hubbard, half on coverage.

Blame: Half on Hubbard, half on coverage