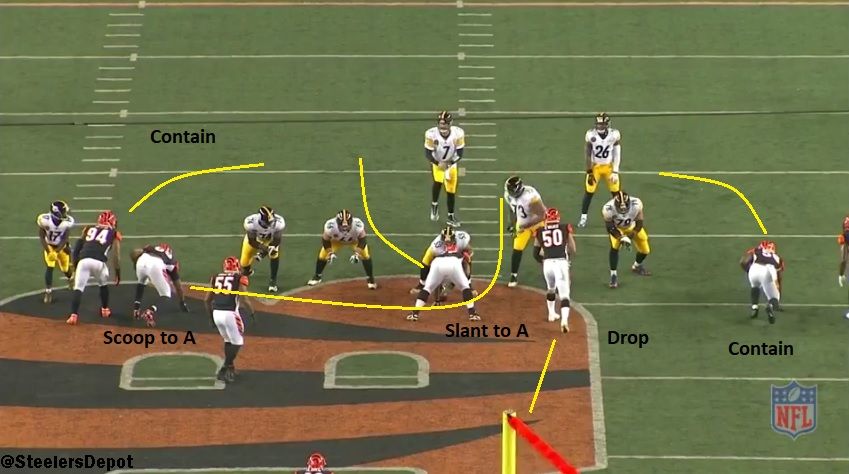 Whew. Deep breaths. Back to football. Let’s break down the lone sack the Pittsburgh Steelers allowed Monday night against the Cincinnati Bengals.

Gotta hand it to the Bengals. Really nice three man stunt to the slide side of the Steelers’ line. NT slants to the strong side A gap, three tech loops to the weak A gap, and the ends contain each edge.

The Steelers have a slide side and a man side. The center starts the slide with the LG and LT in “man.” Ramon Foster has a guy, Alejandro Villanueva has a guy. But with Geno Atkins slanting away and no one else coming, Foster is in no man’s land. He doesn’t want to cheat away from his side for any late blitzer/stunt but is trying to look for work too. Starts furiously looking left and right and is a second late to see Carlos Dunlap looping to the A gap. 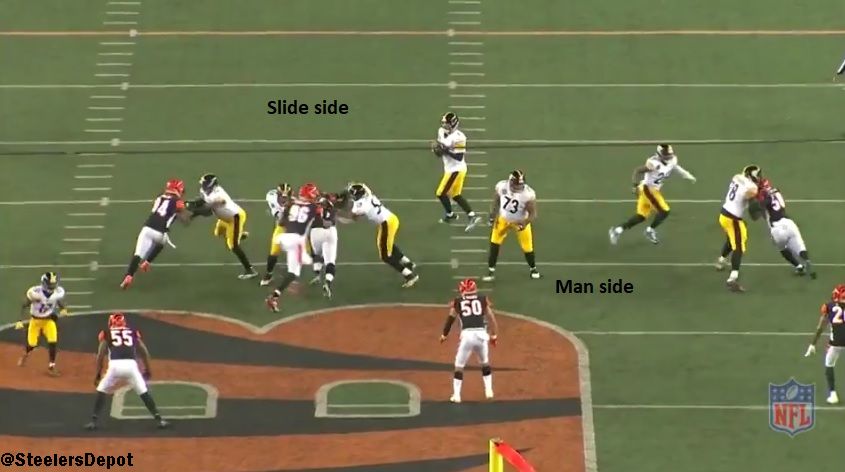 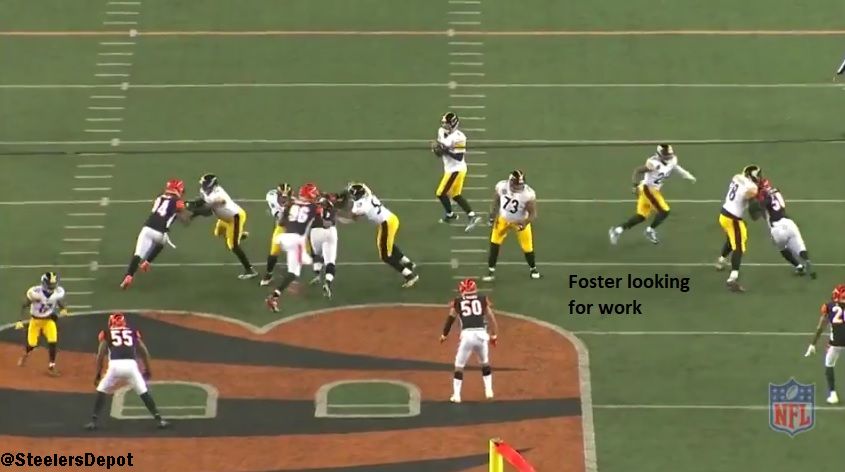 Foster doesn’t have the lateral movement to reach him in time and Dunlap is free up the middle. Down goes Ben. Atkins dips under Maurkice Pouncey, too and David DeCastro doesn’t pick anyone up. Communication is tough on the road and you’re seeing an example. That stuff is paramount to stunt pickup. 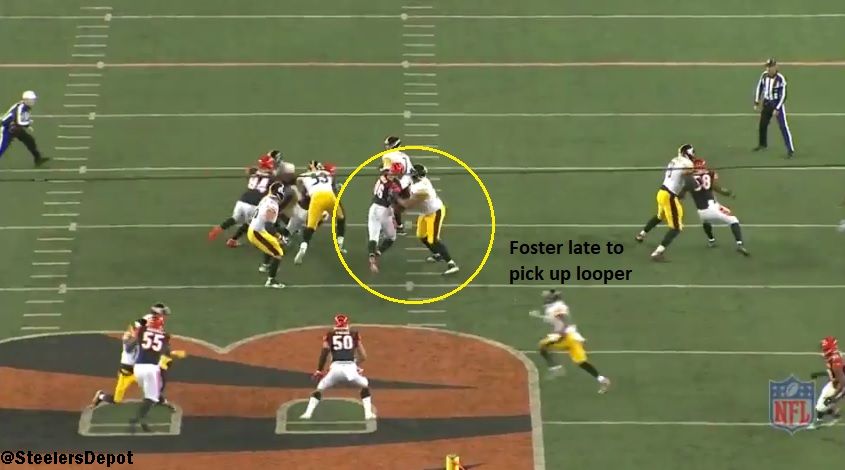 Coverage-wise, Steelers were running one of their favorite concepts on third and short – mesh. Looks like Antonio Brown was getting free but the line didn’t give Roethlisberger the time. 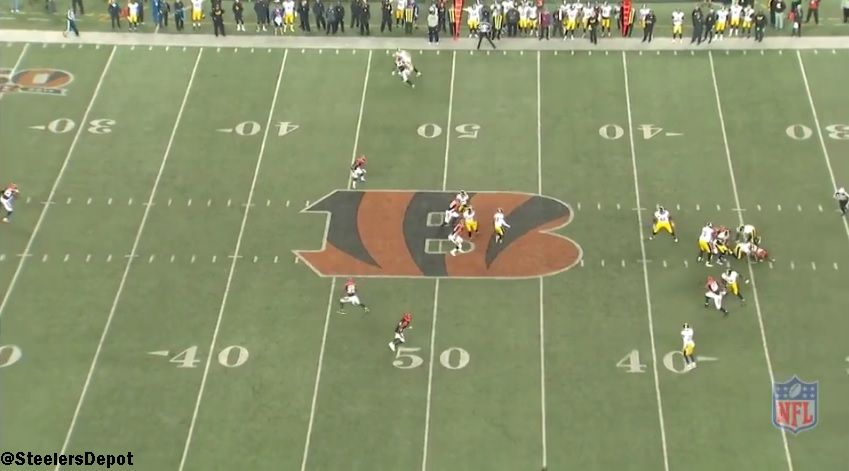 This one, to be honest, is tough to grade. I’m going to put half on Foster because that A gap is his responsibility; Pouncey is sliding away. And while Pouncey gets beat, DeCastro doesn’t pick up Atkins, who is partially being passed off. Two guys who end up standing around and blocking no one.

Blame: Half on Foster, half on DeCastro