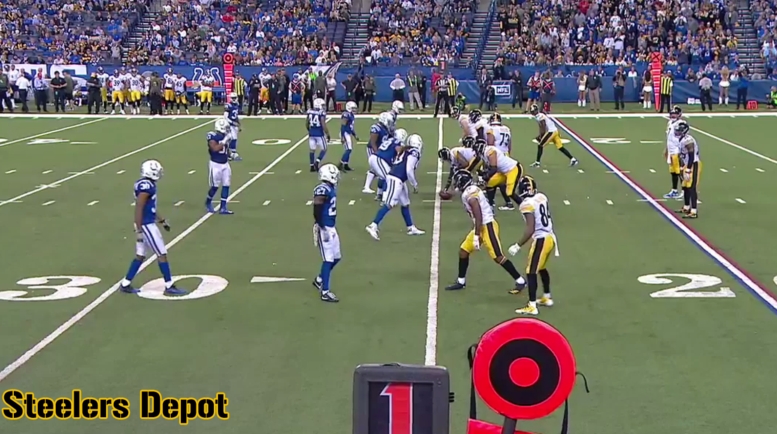 The Pittsburgh Steelers have this year really tried to put together something of a supergroup at wide receiver, but especially lately, it hasn’t been easy. Injuries, whether self-inflicted or otherwise, are preventing the team from fielding the best offense that they can muster.

Third-year wide receiver Martavis Bryant has been up and down for most of the season, and even got himself benched for a game due to disciplinary reasons. Rookie JuJu Smith-Schuster with his suspension upheld yesterday, will now have missed two of the past three games, previously sitting out one game with a hamstring injury.

Meanwhile, Antonio Brown, the star of the show, is still working through a sprained toe that had him questionable for Monday’s game. In spite of the fact that he put up 101 yards and a touchdown on eight grabs, he is still injured, and he said after the game that he was just thankful he was able to finish. On a short week, he will still be affected by the toe injury.

The last time Smith-Schuster was down, the Steelers struggled to find somebody to step up in his absence opposite Brown. Eli Rogers, Justin Hunter, and Bryant all dropped passes, and Rogers and Bryant continued to do so in the last game as well.

But somebody is going to have to step up, and, obviously, it should be Bryant. He has continued to make a couple of key catches per week, and even had his second touchdown of the season a couple of games ago, despite dropping a pass earlier.

Add in the fact that the Ravens just lost Jimmy Smith, and we are building toward a prime opportunity for Bryant to finally prove once and for all that he is still capable of being the dominant receiver that we saw the makings of two years ago.

It is great, of course, to see the one or two clutch contributions from him per game mixed in with what is otherwise a generally unremarkable performance, but he is supposed to be able to deliver more than that, and he expects it of himself, as well.

Don’t get me wrong, he is still overall being a contributor. From the attention that he still draws due to his size, strength, and speed, to the effort that he gives on plays even when he is not the one with the ball, he has been there for his team.

But he has not been the guy, or even the guy next to the guy, pretty much all year, despite having had opportunities to do so. This weekend might be the last chance he really has, at least for the foreseeable future, to show that kind of capability.