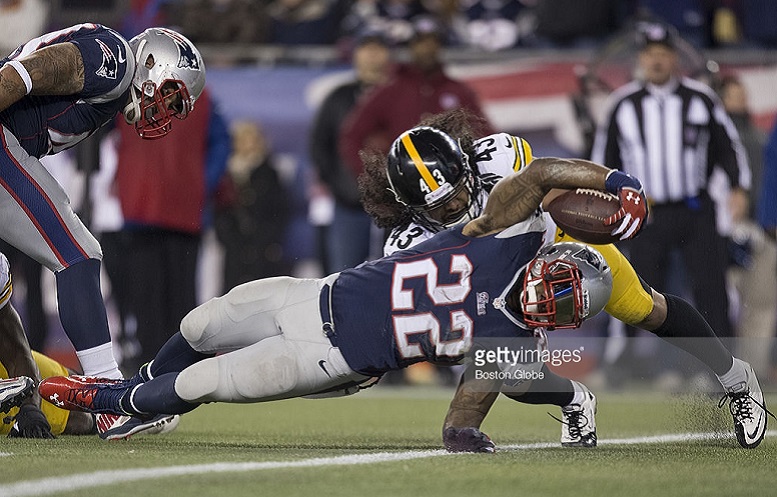 As expected, the Pittsburgh Steelers made a few roster moves on Tuesday that included one running back being placed on the team’s Reserve/Injure list and another being signed to take his place on the 53-man roster.

The Steelers placed rookie running back James Conner on their Reserve/Injured list because of a knee injury he suffered during the Sunday loss to the New England Patriots. Conner’s MCL injury needed to be surgically repaired and his rookie season as now come to an end.

Signed to the 53-man roster on Tuesday was free agent running back Stevan Ridley, who was originally drafted by the Patriots in the third round of the 2011 NFL Draft. Ridley played his first four seasons in the league with the Patriots and has since been a member of the New York Jets, Atlanta Falcons, Denver Broncos and Minnesota Vikings. He was released by the Vikings in October and has yet to carry the football this season.

For his career, Ridley has average 4.2 yards per carry on 688 total regular season rushes. He has 22 rushing touchdowns and has also registered 144 yards on 22 receptions. Ridley also returned 7 kickoffs for 152 yards during his rookie season with the Patriots.

For now, Ridley will likely be the Steelers No. 3 running back behind Le’Veon Bell and Fitzgerald Toussaint.