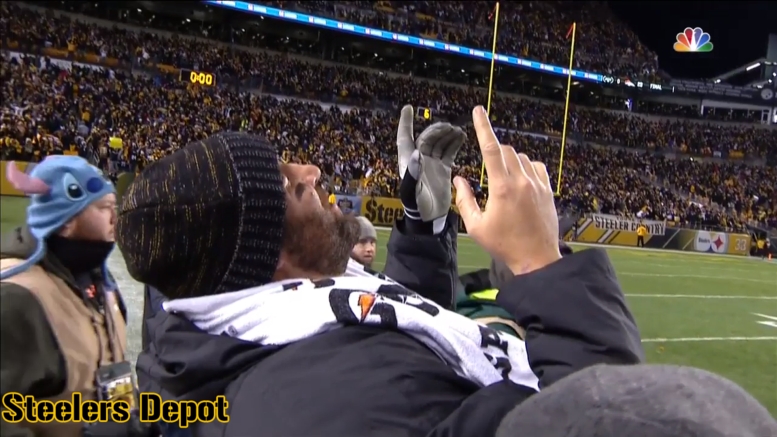 The stark disparity makes it an obvious talking point, but the two teams clearly trended in opposite directions during their last games. The Steelers have struggled through much of the season to convert on third down, while the Patriots have been among the best. They flipped roles for Week 14.

If you watched the game last night, then surely you know, as they discussed it frequently and at length, but Brady’s offense was historically abysmal, failing to convert on all 11 of their opportunities on third down. That had never happened for the Patriots with Brady, ever. And not for the franchise as a whole in decades.

The Steelers, meanwhile, had one of their best games of the year on third down, finding success converting on 12 of their 18 third-down opportunities, or exactly two thirds. The Steelers were so good, and the Patriots so bad, that the two teams are now virtually tied for the season on third-down success.

Over the course of the firs 13 weeks, the Steelers have converted on 72 of 171 third-down opportunities, which rounds out to about 42 percent. That is thanks to improvement in recent weeks. The Patriots have now converted on 70 of 167 third-down attempts, which also rounds to 42 percent.

Officially, the Steelers actually rank sixth in the league in third-down conversion percentage now, after being among the worst teams in the league during the early portions of the season. A lot of this has to do with Ben Roethlisberger playing better, surely, but also seeing more games at home, I’m sure, has helped.

The Patriots, meanwhile, rank eighth in conversion percentage. But the teams are so close together that the rankings in this area are indistinguishable. Everybody from five to 11 falls within the rounded range of 43 percent to 41 percent, numbers that can ebb and flow based on a single game. The Patriots lost nearly three full points, for example.

This will be the key stat to watch, I expect, when these two teams face off against each other. This game is too big for either side to risk making ugly mistakes that lead to turnovers or an excess of big plays, so it could well come down to who is more successful in extending drives on the possession downs.

That is where the Steelers have a bit of an edge, as they have allowed just 59 of 163 third-down attempts to be converted, while the Patriots have allowed 64 of 163. Just four more conversions might not seem like a lot but one extra conversion could be the difference in a close game.