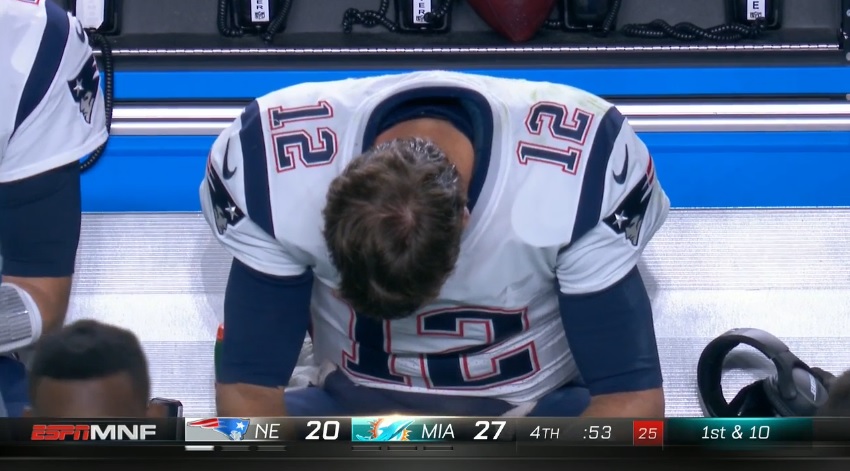 The New England Patriots got their butt kicked on Monday Night Football, falling to the Miami Dolphins 27-20, a score that isn’t totally representative of how much the Patriots were dominated start to finish. Mike Tomlin, however, isn’t going to harp on that game too much. At today’s press conference, he was asked how much he’d mimic what Miami did to be successful.

“I’ll look at it but I won’t weight it any differently than the others,” Tomlin said. “This is a group that is capable, like I said earlier, of changing their personality and thoughtfully so. Last night’s game was good for Miami, they were able to put together a winning formula. The variables that they had versus the variables New England had.”

In the win, Jay Cutler completed 25/38 passes for 263 yards and three touchdowns to no interceptions. He was sacked only twice. Miami also ran the ball effectively. Starting running back Kenyan Drake averaged 4.6 yards per carry and busted off a couple of big runs.

Defensively, they picked Tom Brady off twice and sacked him two more times. It took until the third quarter for the Patriots to complete a pass to a wide receiver. Running backs Dion Lewis and Rex Burkhead led the charge for most of the night. New England was an abysmal 0-11 on third down, the first game they played in which they didn’t record a third down conversion since 1991.

The caveat to all this is the Patriots’ offense was without Rob Gronkowski, serving his one game suspension. Tomlin was quick to point that out.

“New England was without Gronk. So it’s a different ball game. You’re talking about one of the most dynamic players of this generation, not just tight ends of this generation. It’s something to look at but nothing to hang your hat on in terms of building your plan.”

Matching up against Gronkowski is one of the biggest challenges any defense could have. And frankly, I’m not entirely sure how the Steelers will on Sunday. A discussion for later in the week but I’m interested to hear your thoughts in the comments below.

What the Dolphins did well the Steelers will certainly have to replicate is solid cornerback play. Xavien Howard picked off two passes in the win. Pittsburgh doesn’t need to match that production exactly but if Artie Burns and whoever starts at LCB can play at a high level, they’ll have a puncher’s chance.