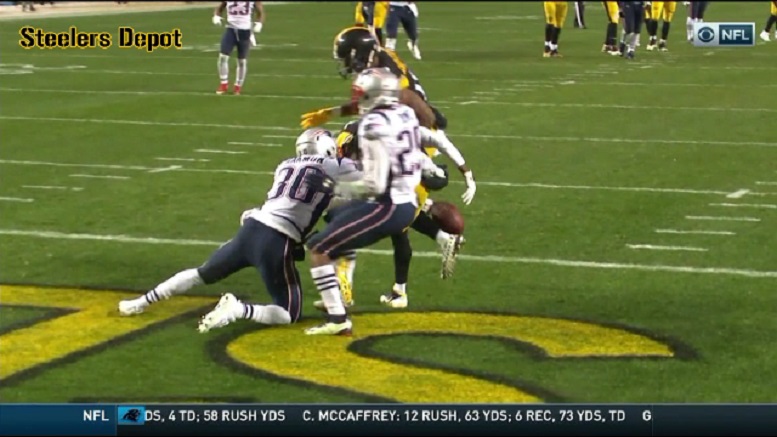 The Pittsburgh Steelers Week 16 game will be Monday on the road against the Houston Texans and as expected, wide receiver Antonio Brown (calf) won’t be playing in that contest due to an injury he suffered on Sunday in the loss to the New England Patriots. Head coach Mike Tomlin made that announcement during his Tuesday press conference while updating the health of his team.

“Antonio’s got a significant contusion to his lower leg,” Tomlin said. “He can be characterized as out this week. I don’t want to frame it in any other way. I think it’s simply too early to tell and then you end up backtracking saying, ‘Yeah, but, yeah, but.’ So, hes out this week with a significant lower leg contusion. We’ll see what the future of it holds at the top of next week.”

Tomlin also confirmed that rookie running back James Conner (knee) will have knee surgery Tuesday afternoon and that he’ll be placed on the team’s Reserve/Injured list as a result of that.

“He’s got an MCL injury,” Tomlin said of the rookie running back. “Unfortunate for him, but [I] like the trajectory of where he’s going and his career was going here in 2017. He’ll get well and obviously continue on with his career.”

As far as other injuries go, Tomlin said on Tuesday that guard Ramon Foster (concussion) came in on Monday reporting concussion-like symptoms and because of that he’s currently in the protocol program.

“I don’t know where he is in the protocol,” Tomlin said. “Obviously we’ll do what’s appropriate there in terms of making sure that he’s good to go.”

Tomlin also added that tight end Vance McDonald (shoulder) and cornerback Joe Haden (fibula) could both return this week from their injuries.

“We’ll follow both guys throughout the work week and their progress,” Tomlin said. “The amount in which they’re capable of working, the quality of that work, that will be our guide as we push forward toward game-time. We do have an extra day this week. That will aid us and them I would imagine in being available. So, we’ll be excited about that.”