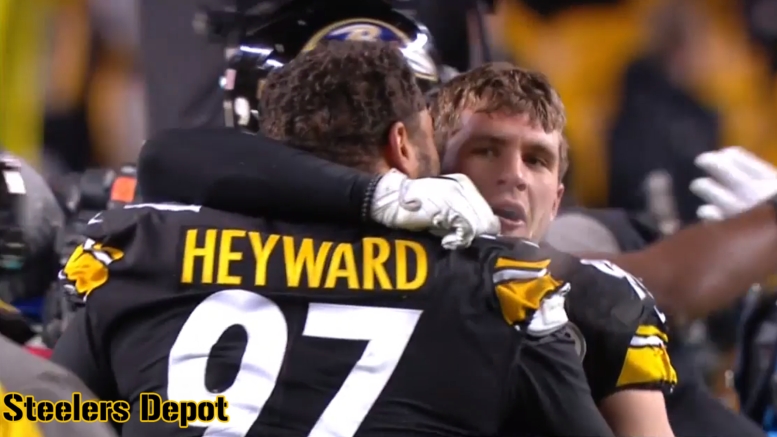 As we brace for our post-Deebo future, let’s for a moment take a quick look back at this past March. At the time, the Pittsburgh Steelers had both James Harrison and Jarvis Jones pending unrestricted free agents. Jones was supposed to be the future, a former first-round pick, but his failure was so great that they had to try to recreate the past.

Now, salary cap implications played a major role in Harrison’s release prior to the 2013 season, after he refused to take a pay cut, but they knew they had to move on. They still had LaMarr Woodley and Jason Worilds, and they knew they would likely draft somebody. Jones ended up being that guy, and he was going to be the guy to replace Harrison.

Until he wasn’t. And after he was injured, the Steelers re-signed Harrison, and over the course of the next few years Jones was given chance after chance until he failed and Harrison had to take over. The former Defensive Player of the Year has been a contingency plan since 2013.

But the Steelers didn’t need a contingency plan in 2017, as it turned out. Rookie first-round pick T.J. Watt has been well ahead of whatever curve was projected for him, and because of his level of play during the year, the team has rarely even felt the need to dress the 39-year-old who used to dominate at the right outside linebacker position.

Put plain and simply, Watt is the reason that Harrison was just released. His success this year proved that the team could finally let him go. Not that they were looking to do so, but you don’t want a 39-year-old to be your entrenched starter with nobody waiting in the wings.

But the team didn’t know it would play out this way back in March. They just knew that Jones wasn’t the answer, which is why Harrison had to take over during the final seven games of the regular season and the three games in the playoffs. There were times where he really seemed to turn back the clock.

And then there were the times where he was gassed and on the sideline, a stark reminder that, while he is still capable of playing, he is still not quite who he was nearly a decade ago. But Watt could be that guy, or really, his own guy, with his own unique set of skills. And the Steelers want to see that guy.

During his rookie season, Watt has been on the field for more than three fourths of the team’s defensive snaps, and that is even with having missed a game due to injury. He has logged more snaps than any other linebacker on the entire team.

And he has produced, registering 44 tackles with six sacks, a forced fumble, an interception, and six passes defensed. He even blocked a field goal. While we might mourn the loss of Harrison, we should at the same time be celebrating the rise of Watt.