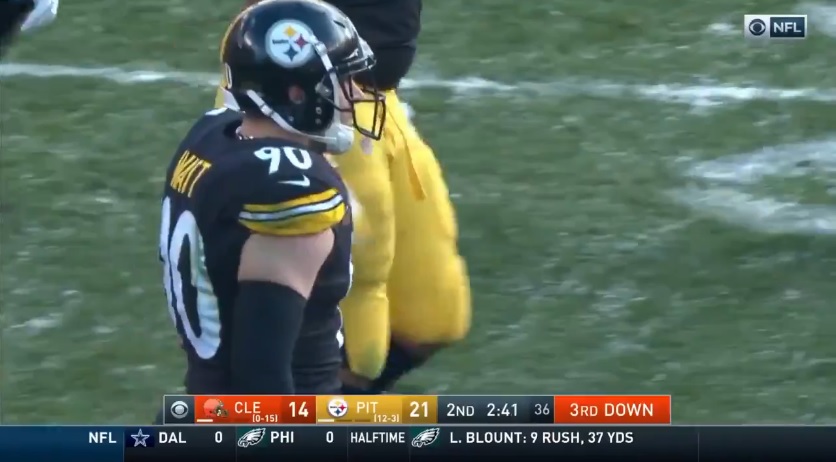 The Pittsburgh Steelers may not have had their ‘Killer Bs’ on the field today but their backups still did enough to cruise to a 28-24 victory over the Cleveland Browns. While the Steelers may have lacked their usual stars, it was the combination of backup quarterback Landry Jones and rookie receiver JuJu Smith-Schuster who pushed the Steelers to victory, gifting the Browns an imperfect 0-16 season.

Smith-Schuster finished with 143 receiving yards, breaking the Steelers rookie record for most receiving yards in a season. Smith-Schuster also added two touchdowns on the day, the first wide open reception in the end zone and the second coming from a rare kickoff return. The rookie wide receiver took a third quarter kick off 96 yards to give the Steelers a 28-21 lead.

DeShone Kizer was able to make this meaningless game interesting as the Browns battled back from 14-0 and 21-7 deficits to tie the game at 21 all. Though Kizer struggled with accuracy all afternoon, it was the few passes he connected on that hurt the Steelers the most. A 54-yard pass to Josh Gordon and 56-yard touchdown to Rashard Higgins powered the Browns back into the ballgame.

Kizer would be gifted one last opportunity at the end of the game, driving into Steelers territory down four. Unfortunately facing a fourth and two, Kizer’s pass was dropped by Corey Coleman in typical Browns fashion.

With the Steelers resting their starters, some forgotten faces had their chance to shine. Darrius Heyward-Bey opened the scoring, taking an end around handoff 29 yards for a Steelers touchdown. Heyward-Bey has fallen down the receiver depth chart this season but his contributions have remained consistent in spot duty.

Another new face in running back Stevan Ridley was able to punch in another touchdown before halftime. With the absence of Le’Veon Bell, Ridley filled in nicely, totalling 80 rushing yards and adding his first rushing touchdown since 2014.

The Steelers defense also broke a Pittsburgh all time record as their defense recorded six sacks on Kizer. The six sacks put the Steelers at 56 on the season, setting a new high for a Steelers season. In the absence of Cameron Heyward , Tyson Alualu finished with two sacks, notching the record breaking sack as well.

Mike Tomlin and his squad will now enjoy a well needed bye week before resuming action in two weeks in the AFC Divisional Round. The Steelers will look to use the extra week off to get Pro Bowl wide receiver Antonio Brown back healthy from a calf injury.