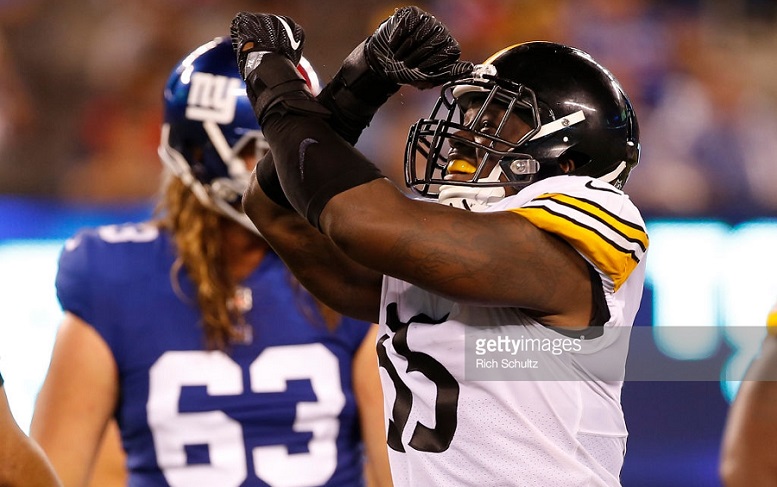 Due to recent injuries suffered at the inside linebacker positions Monday night, the Pittsburgh Steelers now appear set to let outside linebacker Arthur Moats start alongside Vince Williams Sunday night when the team plays the Baltimore Ravens at Heinz Field.

During his Thursday talk with the media, Steelers defensive coordinator Keith Butler gave an indication that Moats will start against the Ravens instead of L.J. Fort, who took over Monday night after both Ryan Shazier and Tyler Matakevich left the game against the Cincinnati Bengals with injuries.

“If you’re a linebacker on this team you should know what everybody on the field is doing every defense,” Butler said of Moats, according to Will Graves of the Associated Press. “The reason he stayed around as long as he has is because he does know that.”

Moats, who has been an outside linebacker with the Steelers since signing with the team in 2014, played some inside linebacker during his first four years in the NFL with the Buffalo Bills. The James Madison product only started just 20 games during those four seasons, however.

As previously mentioned by me in a post, while Moats was indeed a very reliable tackler for the Bills as an inside linebacker, and especially during the 2013 season when he reportedly did not miss a tackle in the 177 run snaps that he was on the field for, it was quite obvious that he was only used as a two-down player and thus removed from the field quite a bit in obvious passing situations. When he was targeted by opposing offenses in the passing game during that 2013 season, Moats allowed 10 catches for 112 yards on 11 total targets. Keep in mind that that happened four seasons ago.

The Steelers signed former third round draft pick Sean Spence on Tuesday for depth purposes. While Spence has since said that the defense hasn’t changed much since he last played in Pittsburgh, it might still take him a while to get up to speed with things. He and Fort figure to have special teams roles Sunday night and it will be interesting to see if either wind up rotating in on defense as well.

Needless to say, it will be worth watching what happens Sunday night at the Steelers inside linebacker positions.