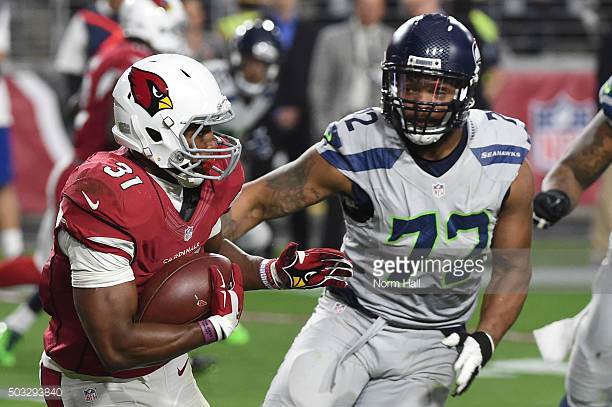 If you’re interested in more of the NFL’s hypocrisy, or if we’re being kind, their inconsistency, here ya go. Seattle Seahawks defensive tackle Michael Bennett has not been fined for his low hit on Jaguars’ center Brandon Linder in the final moments of last Sunday’s game.

This is a surprise: #Seahawks DT Michael Bennett was not fined for his role in last Sunday’s brouhaha against the #Jaguars.

If you missed it, take a look at the hit.

Here's the video of Bennett diving into the centers legs. pic.twitter.com/Hmx0gSew9S

The NFL determined Bennett was making a football play for the ball. Which if you believe that, I have some Pennsylvania beachfront to sell Roger Goodell.

Quinton Jefferson was fined $9,115 for the end-of-game scrum where he wound up trying to climb the stands to fight fans.

To be fair, the CBA has strict policies on fine amounts but still, it’s surprising each player got a slap on the wrist, for Bennett, nothing at all, for such an ugly look. Whereas. as Steelers’ fans will be quick to point out, JuJu Smith-Schuster’s hit, an attempted football play (but yes, an illegal one), earned him a one game ban.

It’s these inconsistencies in how the league is policing itself that is causing the friction between the league, the union, and its players. Goodell has signed a new contract that will take him through 2024, earning roughly a trillion dollars, despite the perception of the league being at a decade low.

This is more reason to believe we’re headed towards a lengthy lockout when the new CBA will be negotiated following the 2020 season. The rift between league and union is as big as ever. Hopefully things will get better but I’m not holding my breath. Enjoy the games while they last.