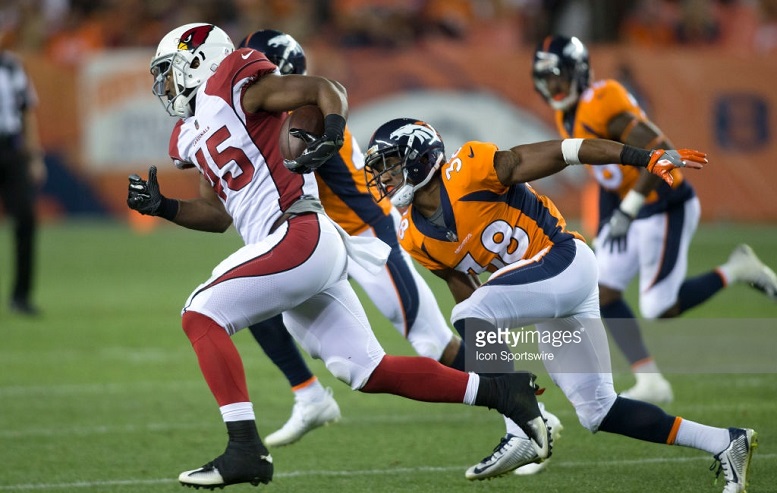 According to NFL insider Howard Balzer, the Steelers brought rookie free agent running back James Summers in for a tryout earlier this week. The quarterback turned running back rushed for 869 yards and 8 touchdowns on 162 total carries during his senior season at Eastern Carolina.

Summers signed originally with the Arizona Cardinals as an undrafted free agent this past May. In the five preseason games that played in for the Cardinals this year he rushed for 95 yards and a touchdown on 30 total carries in addition to catching one pass for 8 yards.

While Summers ultimately opened the 2017 regular season on the Cardinals practice squad, he was released by Arizona during the second week of the season and has been unemployed ever since.

With the Steelers 2017 season slowly starting to wind down we might could see the team ultimately sign Summers to a futures contract in the early portion of 2018 and hopefully after the team has won the Super Bowl.