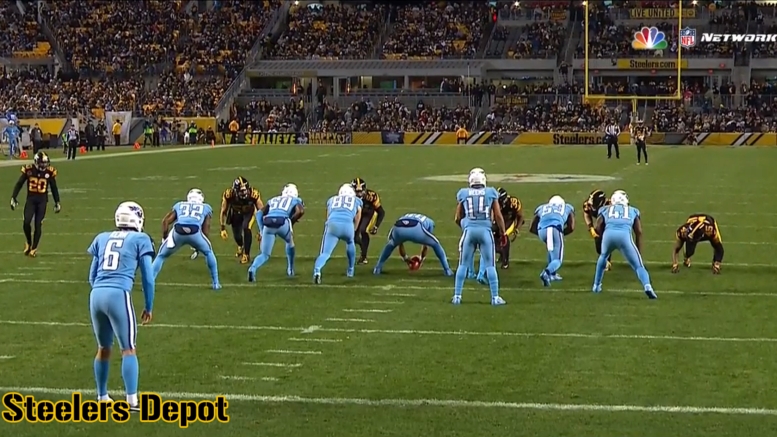 Whether or not Antonio Brown dresses tonight, I would still expect that there will be some rejiggering in the punt return role. Considering that the kick return role is also at least to some degree up in the air for the Pittsburgh Steelers as well, we really don’t know for sure what we will be seeing out there in Cincinnati.

Which, you know, can be a bad thing. Variables, especially when introduced in a hostile environment, have a tendency of lending themselves toward making mistakes. But, overall, I would argue that the team doesn’t really have a whole lot to lose in tinkering with the return game.

Brown has in the past few weeks actually looked to be more explosive and dangerous returning the football on punts, but considering that he is questionable to even play on offense, I would hope that the Steelers would have the foresight to not allow him to take the added risk of handling those duties tonight as well.

So what are we going to see out there? Last week, with JuJu Smith-Schuster sitting due to a hamstring injury, we got to see Martavis Bryant returning kicks, and they even featured him as a the designated returner, lining up toward the center of the field, rather than split even with the upback, in this case Fitzgerald Toussaint.

Considering that he did well, at least on the first return, gaining 38 yards, and given comments this past week that have maintained that he remains in the running for the kick return job, or at least some reps there, the question becomes who we will see back there.

And we also have to ask who will be back returning punts at this point as well. I would like to hope that it will not be Brown, but if not him, will they turn again to Eli Rogers, whom they have removed from that job within a few games in each of the past two seasons? Or might they seek a fresh option?

While Bryant did have some experience returning kicks in college, he did not return punts, so I’m not sure how comfortable Danny Smith might be in trying to give him even more touches. You also want somebody more surehanded returning punts. He did fail to cleanly field one kickoff in the second half that went for a touchback.

No doubt many are hoping that rookie cornerback Cameron Sutton will be given an opportunity to return punts, which is something that he did in college—and did well, in fact, averaging 14.8 yards per return with three touchdowns.

While he did manage to get a helmet last week in his first game since being activated from injured reserve, he did not see any time on defense or special teams, and it would seem to be out of character for the team if they were to entrust such a role to a rookie who has missed most of the year. But it sure would make things interesting.