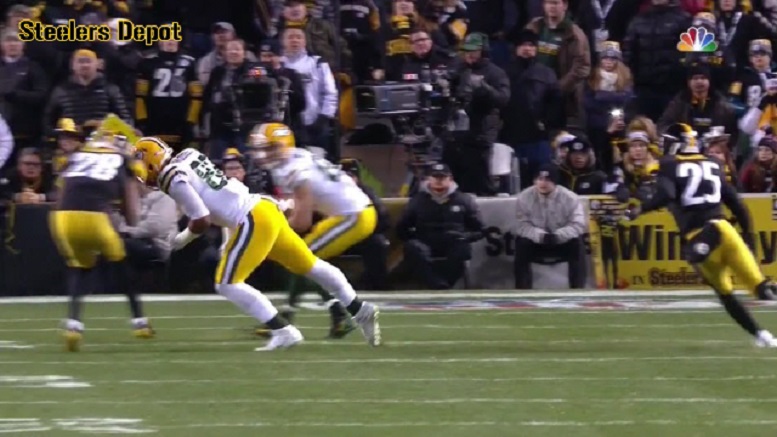 While Pittsburgh Steelers outside linebacker T.J. Watt wasn’t fined for his helmet-to-helmet hit on Green Bay Packers quarterback Brett Hundley during the Week 12 Sunday night game, there was at least one fine issued this past week to a player on the visiting team.

According to Ryan Wood of the Green Bay Press-Gazette, Packers tight end Richard Rodgers was fined $24,309 for his helmet-to-helmet hit on Steelers safety Sean Davis during the second quarter of the Sunday night game. While Rodgers was flagged for his hit on Davis, the Steelers did not accept the penalty because the third down play did not result in the first down.

As you can see in the replay below of the hit, Rodgers led with the crown of his helmet. As of Saturday morning, Rodgers has been the only player fined for illegal actions during the Sunday night game between the Steelers and the Packers.