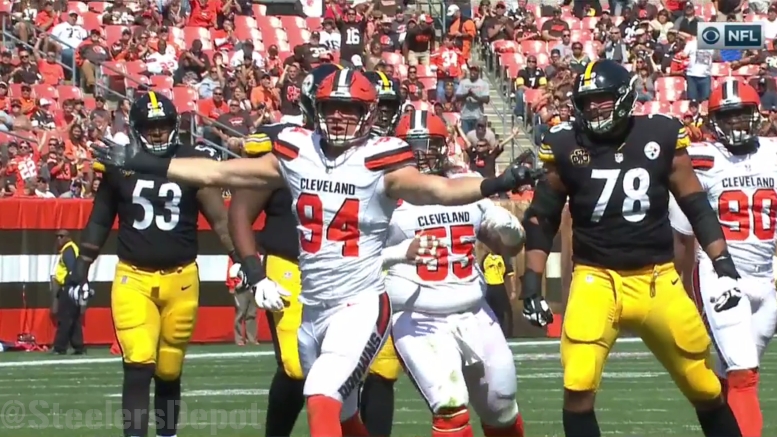 Pittsburgh Steelers head coach Mike Tomlin told reporters yesterday that his plan for Sunday is to win the game against the Cleveland Browns, who up to this point have been unable to do so even once in their first 15 games. This is their last chance.

Tomlin also said that he was undecided about whether or not he will rest starters, or who might rest. Frankly, I don’t think there is any place for questioning. Nobody that is healthy enough to play should be rested. There is still an opportunity to clinch homefield advantage throughout the playoffs, a goal that has eluded them for over a decade.

As long as that possibility remains, then maximum effort should be given in pursuit of the goal of winning the game. That means Ben Roethlisberger needs to start the game at quarterback. Le’Veon Bell needs to be behind him at the running back position. Cameron Heyward and Mike Mitchell ought to be out there. Provided that Ramon Foster is well clear of any concussion symptoms, he should suit up as well.

All that need happen is for the New England Patriots to lose their game and for the Steelers to win theirs. There are not many variables here. They don’t need much help. It is true that their ‘ask’ is a big one—if we’re being honest, it’s hard to even imagine Bryce Petty and the Jets traveling into Foxboro and coming out with a win—but stranger things have happened.

The Steelers and the Patriots will be playing at the same time, so when kickoff occurs, there is no way for Pittsburgh to know whether or not there is anything to play for. Should New England handily blow out the Jets, then it goes without saying that there is no compelling reason for their starters to strain themselves in an attempt to win.

But if the Patriots are in a competitive game, then it would be doing themselves a disservice not to maximize their chances of winning. Barring a blowout scenario of their own, I would be perfectly content with Roethlisberger and the rest going from start to finish in order to preserve a win.

While it is entirely possible that the Steelers could still beat the 0-15 Browns, who appear almost to be unraveling at this point, with players such as Landry Jones, Stevan Ridley, Tyson Alualu, B.J. Finney, Robert Golden, and others in the starting lineup, we saw how narrowly they escaped defeat in a similar situation a year ago in a meaningless game for them.

And the Browns have a lot more to play for this year than last year. They are desperately trying to avoid going winless and establishing the single worst two-season span in NFL history. The avoidance of ignominy is worth more to them than an uncertain shot at homefield advantage is to the Steelers.