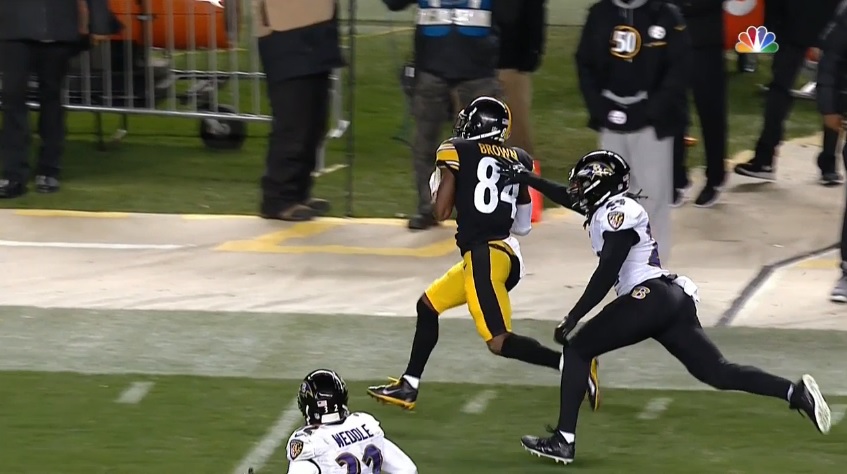 Antonio Brown is running circles around the rest of the NFL. So much so that he’s trying to move into the MVP conversation, a chance that may have gained some traction with the news Carson Wentz will miss the rest of the season.

Brown has caught 99 passes for 1509 yards, both numbers that lead the league. DeAndre Hopkins is in second place in each category but lagging far behind with 88 grabs and 1233 yards. After Brown put on another show against the Baltimore Ravens, Hopkins and others tweeted at him to slow his roll.

@AB84 slow down, I’m trying to catch up sheesh!

Hopkins wasn’t the only one. Golden Tate made a similar jab.

Can you take a night off?

Brown hasn’t taken a night off, recording his 4th straight game with at least 100 yards receiving. He and Keenan Allen are the only guys to do so this year.

Others players had to give props after another dazzling performance.

@AB84 is unreal another game winning reception that’s like 4in a row!!!

Primetime football has meant the whole world has gotten to watch Brown work. And hopefully it’s eliminated any doubt who the best receiver in the game is. There are certainly other great ones. Steelers’ fans shouldn’t deny how talented the likes of Julio Jones, DeAndre Hopkins, and even Keenan Allen are. Brown is simply on another level.

And everyone else, like these tweets show, is just trying to catch up.