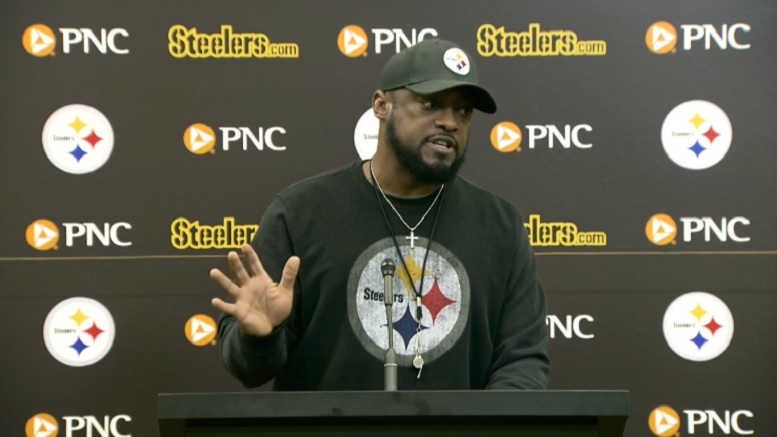 By now, most of you are probably done talking about the Sunday overturned touchdown reception by Pittsburgh Steelers tight end Jesse James. While most of you still contend that the outcome of the review was the wrong one, there’s still a few of us, including two former vice presidents of officiating, who feel that the right call was made based on the current rules. Regardless of which side of the fence you’re on when it comes to that play, I think all of us can agree that the definition of what is and isn’t a catch needs quite a bit of refinement during the offseason.

If it makes you feel any better, Steelers head coach Mike Tomlin thinks that as well.

“I think that we all can acknowledge that all of this needs to be revisited,” Tomlin said during his Tuesday press conference when asked a question about whether or not the NFL’s Competition Committee needs to look at what is and isn’t a football move after a catch during the offseason. “It’s not just that play, we’re having similar discussions week in and week out so as a member of the committee, I acknowledge that we’ve got our work cut out for us this offseason regarding a number of those things.”

The NFL Competition Committee, of which Tomlin has been a member of since 2013, reviews all competitive aspects of the game, including (but not limited to) playing rules, roster regulations, technology, game-day operations and player protection.

Before the annual NFL combine takes place, that committee holds a meeting to prepare agenda items, discuss the feedback it received and review information with league medical advisors, members of the coaches’ and general managers’ subcommittees and NFL Players Association representatives. After the combine takes place, the committee reconvenes to review video, draft rule proposals and positions, discuss proposals submitted by clubs and prepare its report of supporting statistics for the membership to discuss and vote on at the league’s annual meeting. At the annual meeting, the committee presents a report of its findings to the 32 owners, who vote on any proposed new rules or rules changes.

It certainly will be interesting to see what kind of changes, if any, are ultimately made to the league rules during the offseason when it comes to better defining a reception because it currently seems like every week there’s at least one play that creates extreme controversy. In short, there might be too many rules at this point when it comes to defining what is and isn’t a catch with a few apparently superseding others depending on several matters such as whether a player is going to the ground in order to make or catch, or if one makes a football move after he has seemingly caught a pass.