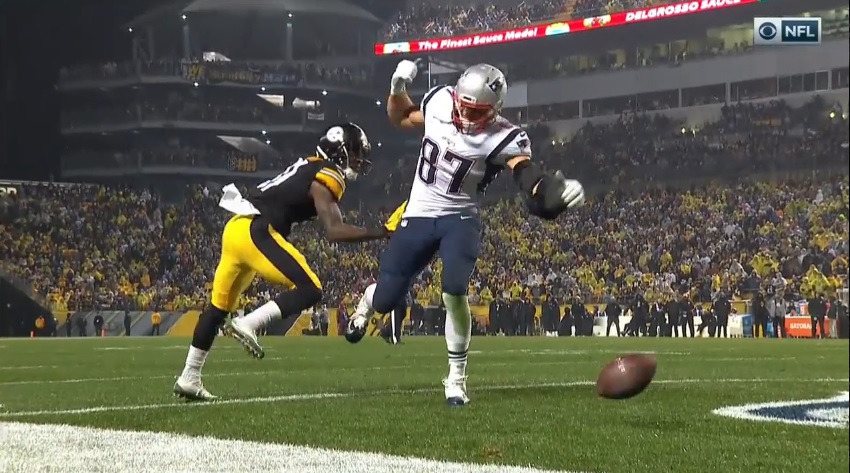 The Pittsburgh Steelers’ secondary did not get glowing remarks for the way they covered Rob Gronkowski Sunday evening but at least one defensive back came out looking sparkling. The people at Pro Football Focus graded Mike Hilton out very highly, ranking him as the week’s fourth best corner. He only trailed Anthony Brown, Marcus Peters, and Troy Hill.

On the box score, Hilton finished with five tackles, four solo, and two pass breakups. Both breakups came in the end zone, including one on Rob Gronkowski. Hilton continues to play great run defense, important for the slot, with 18 tackles vs the run this season. That’s only two fewer than Bud Dupree.

Ever since taking over the full-time slot job in the second half of the season opener, Hilton hasn’t looked back. In fact, he’s excelled in coverage, against the run, and as a blitzer. He’s been sent on a blitz 63 times this season, which I believe is a league-high for any defensive back, even in a year where Keith Butler’s blitz rate has dramatically fallen off.

Certainly not a bad outcome for a UDFA who was preparing for a job at Foot Locker before the Steelers came calling. And a more than suitable replacement for Senquez Golson who, aside from a brief stint with the Tampa Bay Buccaneers, hasn’t landed an NFL job.