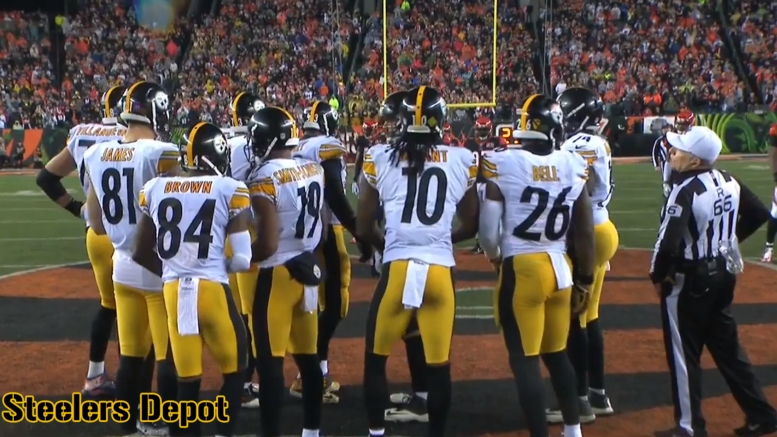 This hasn’t been the easiest season of Martavis Bryant’s professional career—but then again, not much has been easy for the Pittsburgh Steelers’ third-year wide receiver, even if many of the difficulties he has faced have been of a self-inflicted nature.

Bryant has dealt with substance abuse problems going back at least to his college playing career, and that has been a major complicating factor in both his personal life and his professional career. He was suspended for the first four games of the 2015 season, and then for all of last season, due to violations of the substance abuse policy.

He had to jump through a number of hurdles over the course of the past year in order to ensure that he would be reinstated to play this season, and he has spoken of how he dedicated himself to football in a way that he never has before, even if that he not translated to greater success on the field.

Bryant has been vocally frustrated about his role on the team, as he has been passed over on the depth chart by rookie second-round pick JuJu Smith-Schuster, who has been more successful in turning his targets into productivity.

The veteran wide receiver even in so many words confirmed reports that he wanted to be traded in order to find a greater opportunity for him to produce, and to set himself up for a lucrative second contract in a couple of years, set to hit free agency following the 2018 season.

When the trade deadline passed, however, he said that everything is put on the back burner, and that football, and winning a Super Bowl, is his sole focus for now. He renewed that claim yesterday in speaking with Chris Adamski.

“If I didn’t want to play, I wouldn’t be here right now”, he said. ”Trust me. I would not be dealing with this. I would be home with my kids. I wouldn’t be putting my body through this”.

While he still has a mind toward the future for his career and how that shapes his life both personally and professionally, he is playing with the understanding that the only thing that he can do to address the future is to maximize the success that he has now relative to his opportunities with the Steelers.

Statistically, he acknowledged that this year has “not been the best year I can have, that I can say. But it’s not in my control”. He talked about doing “the best you can do with the circumstances” given to you, referring to play-calling.

Having a big playoff run would certainly go well toward making himself more attractive to other teams, as will being the good soldier and not being a disruption. At this point it’s likely Bryant will try to seek a trade in the offseason—a request many Steelers fans seem ready to oblige.