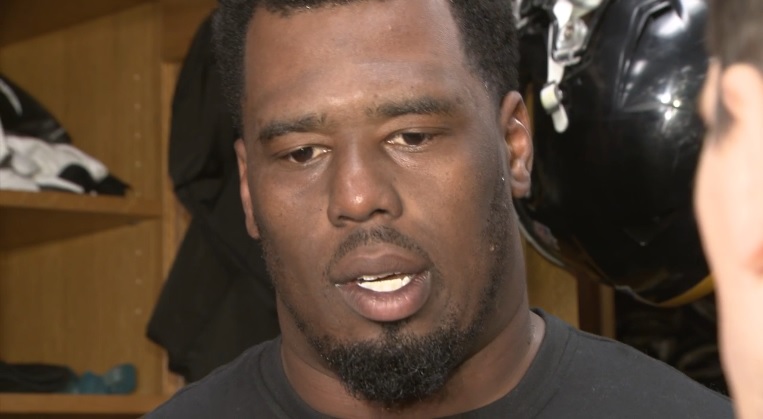 You and I could only sit and watch the heartbreaking mess that was the end of last week’s game. Unfortunately, so was Marcus Gilbert. No, we’re not going to dwell too much on the the bad and the ugly of last week. But speaking to the media yesterday, Gilbert talked about how tough it was to sit out during his suspension, especially against the New England Patriots.

“Yeah because it was the one game I was hoping to get back,” Gilbert said when asked if not being there the Patriots game was the worst one. “But unfortunately, it was something I couldn’t play with. I didn’t want to appeal anything because I didn’t want to stretch it to the playoffs.”

That was essentially the consensus decision the locker room made when Gilbert found out he was going to be suspended for violating the league’s PED policy. He maintains his innocence and clearly wanted to fight the league’s ruling (though likely wouldn’t have won) but took the action that was in the best interest for the team in the long-term.

Luckily for Pittsburgh, Chris Hubbard fill in admirably at right tackle and made himself a pretty penny come the offseason. Getting Gilbert back is nice but the Steelers weren’t dying missing him either. And Gilbert knows how team the close was to knocking off the Pats.

“That game hurt a little bit but to see those guys battle it out and that they gave it their all and the game was controlled in the last ten seconds of the game, the outcome wasn’t what we wanted, but we’ll bounce back.”

As his suspension came to an end, Gilbert posted this video of him training, presumably back at home in Florida.

In it, he says “I’m going to come back better than I have before. Make a statement that I’m back.”

You certainly have to credit Gilbert for the shape he’s gotten his body in. He went from frankly, an overweight looking tackle coming out to one of the most svelte, well-put together dudes in football. I always refer to these three photos of his transformation.

It’s been a tough year for Gilbert with injury and suspension. But he’s back, healthy, and the Steelers offense is still better off for it.