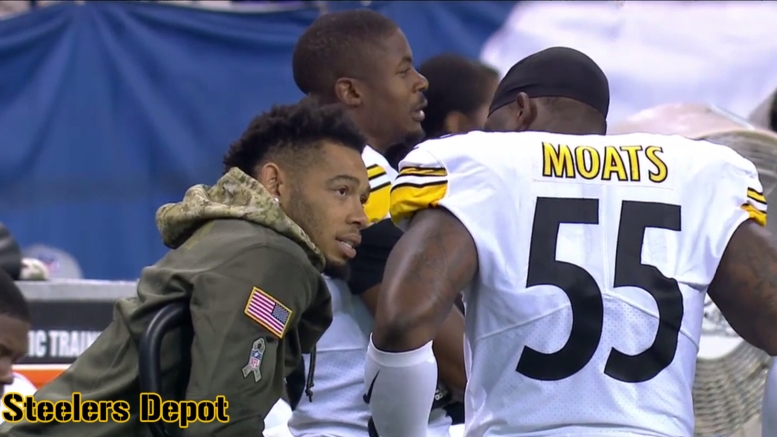 While the Pittsburgh Steelers have no clear timetable for the return of their starting left outside cornerback, Joe Haden, the veteran has said recently that he was ‘excited’ about the fact that head coach Mike Tomlin is “keeping the light on” for him. He added that he believes he would only need a couple of days of practice before he could return.

The former Brown, Haden signed with the Steelers in mid-August the same day that he was released by the team that originally drafted him in 2010. In his first season with Pittsburgh, he has helped steady the secondary, which has slipped some in his absence.

“It’s a bone. Your body has to heal”, he said of his injury, explaining that it has little to do with any notion of pain tolerance. “I’m just doing as much as I possibly can, but at the same time, knowing I don’t want to rush it because your bone has to heal”. There have been reports of him riding a stationary bike that have had people likely overreacting.

While he has certainly had injuries before, there are two things that make this one—a high fibular fracture—unique in his experience. For one thing, it’s the first injury of this nature that he has had. But more importantly, he has never had to deal with an injury in a season in which his team was gearing up for a postseason run.

Because he has never been on a team with a winning record before, something that he has already accomplished this season, the Steelers standing at a 9-2 record through 11 games, with five more to play. it would take a spectacular meltdown for them to miss the postseason at this point.

“That is something I never had to worry about”, he said of the idea of getting himself right in preparation for postseason play. the best the Browns ever finished during his tenure in Cleveland was 7-9—during a season in which they were 7-4 with five games to play.

“It doesn’t matter as long as I’m able to make the cuts, jumping, moving”, he said about how quickly he believes he will be able to return to the field once he begins to practice. “I’ll be able to go two days before a game”.

The Steelers would love it if Haden were able to return to practice in some capacity next week, in advance of their primetime game against the Ravens, but the real game they’ve circled on the calendar—something they’re evidently allowed to admit at this point—comes a week after that, against the Patriots.

I don’t think it would be unreasonable to say that the prospect of facing New England was on the team’s mind when they went and pursued Haden. The cornerback play in their AFC Championship game loss to the Patriots was clearly a deficiency, and they have since replaced two of the three starters, with the third being a first-round pick now in his second season.