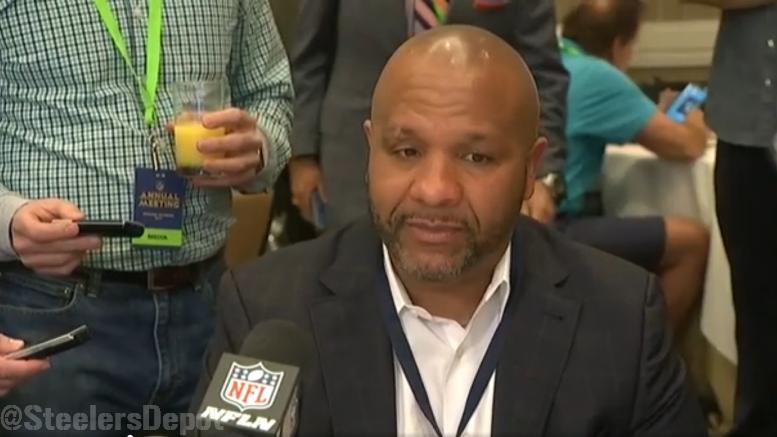 Cleveland Browns head coach Hue Jackson has promised to literally go jump in a lake. Meanwhile, much of Cleveland would like to see him figuratively go jump in a lake, preferably somewhere outside of the greater Cleveland area. Jackson is preparing to close out his second season as the team’s head coach and may finish with just one win across the 32 games played.

So why is Jackson jumping in a lake? For a good cause, actually. While he said that he would jump into Lake Erie if the Browns avoid a losing season some time ago, he said during his press conference that it will happen no matter what, and that he hopes to make it an event that will raise funds for his charity.

That charity is the Hue Jackson Foundation to End Human Trafficking, which is actually something that I wrote about back in July. What he means to tackle through this enterprise is frankly much bigger than anything one could accomplish on a football field.

“Absolutely”, he told reporters, ”it’ll definitely be for my foundation, there’s no question about that”. Still, he did say that the ceremonial dunking would come at his convenience. After all, the lake is a tad bit frozen at the moment.

“It’d be something that we’re going to make special”, he said. “I don’t like it, don’t like to do it for the reason why I’m having to do it, but I have to make do on my word. I just think that’s what you do. I do get that. I made a statement, I gotta back it up. That’s the type of person I am, so that’s what we have to do”.

Meanwhile, his football team is looking to avoid a winless season heading into the final two weeks of the season for a second year in a row. Yet Jackson, at least publicly, is heading into the offseason believing that his job is secure—should he want it—based on the backing of the ownership, which recently fired Sashi Brown.

I have to say that I am really looking forward to Sunday’s game. We have not seen the Browns since all the way back in the season opener, when they had a technically .500 record of 0-0. And their offense actually outscored Pittsburgh’s offense in that game, considering the Steelers’ opening score was on a blocked punt.

With the Steelers toying with the idea of resting some starters and the Browns playing with pride on the line trying not to go 0-16, it wouldn’t surprise me if the season finale ends up being a bit more competitive than many anticipate, though I would still be surprised if Cleveland were able to win. Would I bet jumping into a frozen lake on it? Well…maybe not.