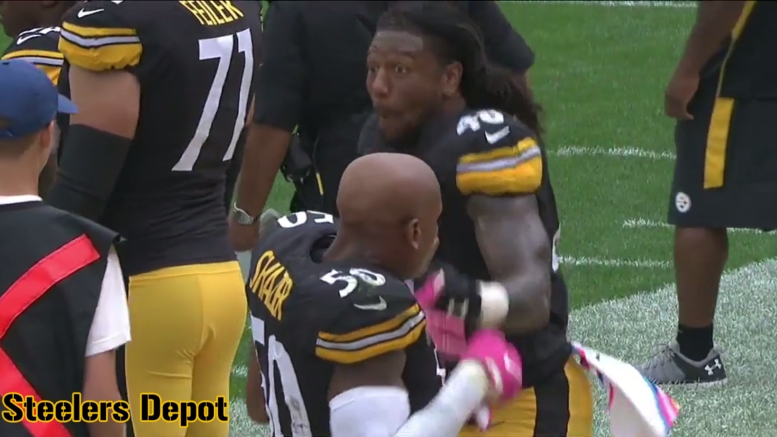 In the grand scheme of things, nothing that happened on the field last night was all that important in comparison to the hit that resulted in Pittsburgh Steelers inside linebacker Ryan Shazier finding himself in a hospital right now.

Shazier is one of the most charismatic and well-liked players on the team, but that is wholly immaterial, because the following would apply to anybody. The health of the players is something that I value over the product on the field. I’m sure there are those who would disagree, but moments like these only reinforce my belief.

Very early in the game, Shazier attempted to make a tackle on second down following an interception, trying to bring a receiver down after a short reception on a crossing route. His tackle attempt saw his head and neck jam upon collision, recoiling through his back.

He immediately went down to the ground in pain, first on his stomach, holding his back, and then rolling over. He hardly moved over the course of the several minutes during which he lay prone on the Cincinnati turf, only to hold his hands over his face as he was carted off the field, strapped tight to a flatboard on the back of a cart.

As a viewer, seeing that pretty much took me out of the game at that point, the end result not particularly mattering, or at the very least, becoming imminently secondary to my thoughts and concerns about the wellbeing of Shazier.

I don’t even want to discuss how important he is as a player on the field for the Steelers, because to do so would facilitate the illusion of a correlation between the value of an individual and his ability to produce for the party in question; in this instance, entertainment value and success for a sports team. I tried to talk a bit about the football implications of this earlier today to separate the two topics.

Far more valuable is Shazier’s future as a human being and his ability to function through a normal life than his ability to continue to be a dominant football player for the Steelers.

As I write this, the team has simply said that he has been taken to a local hospital for evaluation of a back injury and that there would be no further updates at this time. In other words, we really have no idea how serious his injury is. I find great concern in the ambiguity and uncertainty, and can only hope for the best.

Football is a game that contains within it inherent dangers, many of which cannot ever possibly be fully neutered and removed from the game. As long as one player has to stop another player from reaching a certain spot, there will remain the risk of serious bodily harm.

Shazier has been more aware of the bumps and bruises that are associated with the game than most, but never has he faced such a scare as last night. From one human being to another human being, my thoughts are with him. I hope to see him back on the field as soon as possible simply because it means that he is well.