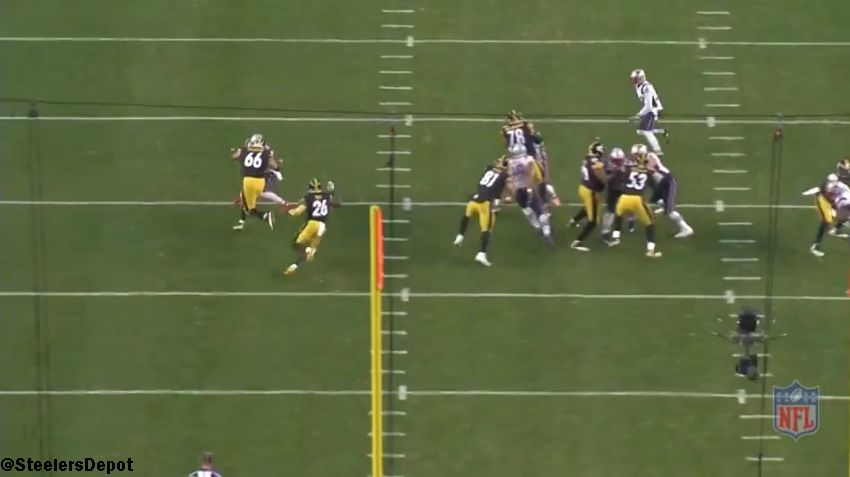 Our game notes from the Pittsburgh Steelers 27-24 loss to the New England Patriots Sunday evening.

– Roosevelt Nix. The hero we need. This from the opening kick.

I want Rosie Nix in the Pro Bowl but I am legitimately concerned he will actually murder someone. #Steelers pic.twitter.com/k9nNjVl7qp

– Would’ve been a huge run for Le’Veon Bell. But he slips. Bummer.

– Artie Burns has to get depth here on this three deep zone. A one man route that goes for 43 yards? Ughhhh.

The Steelers gave up 43 yards on a play where the Patriots only had one player past the LOS. Burns doesn't get depth. Someone fire me into the sun. pic.twitter.com/qbeD7ST18B

– Antonio Brown worked this scramble drill twice. Sat down on a curl for this hitch/wheel. Play broke down so he pivoted outside and then back inside for what turned out to be a 19 yard gain. Amazing.

– Punt return unit. Golden-Fort-DHB-Nix-Chick-Fort-Fitz. Sutton/Burns as one set of jammers, Brian Allen the other. 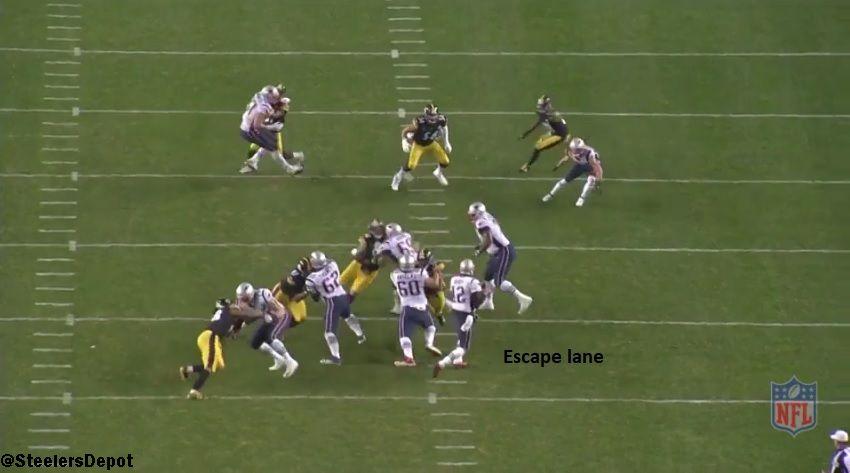 – Chris Hubbard with a vicious pancake on the edge. Clear out that corner.

– Le’Veon Bell still getting skinny through the hole. Good run out of his end zone. 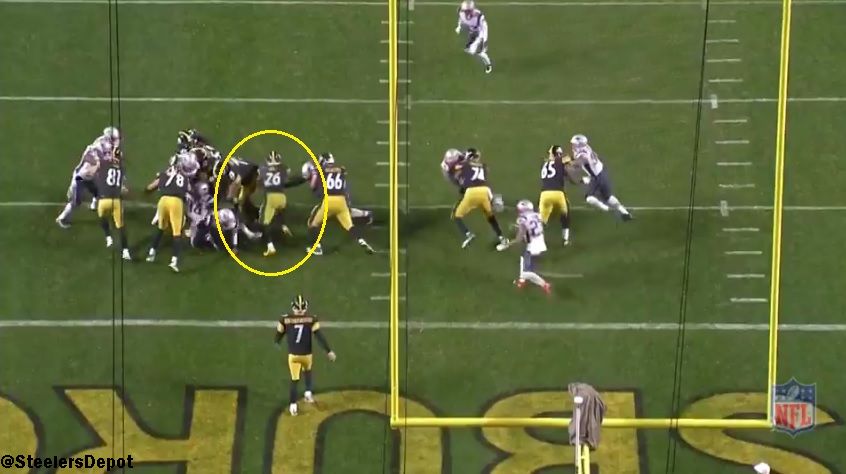 – When William Gay played safety after Sean Davis covered Gronk, he almost always rolled down to be the Robber with Mike Mitchell playing single high behind. 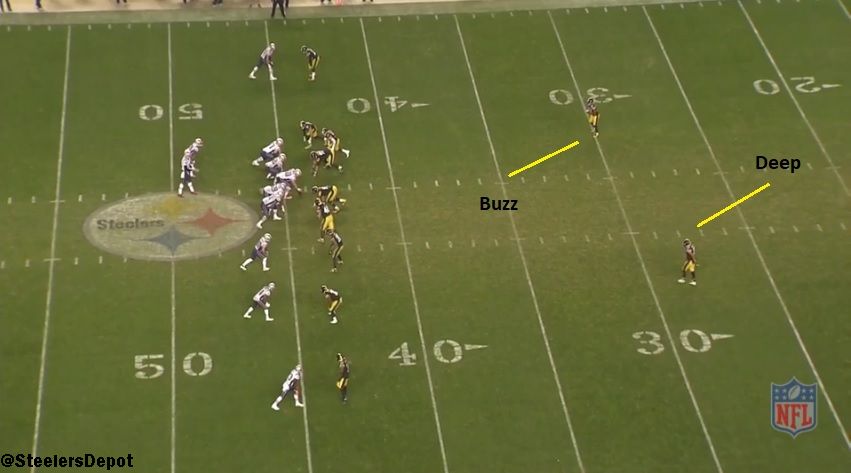 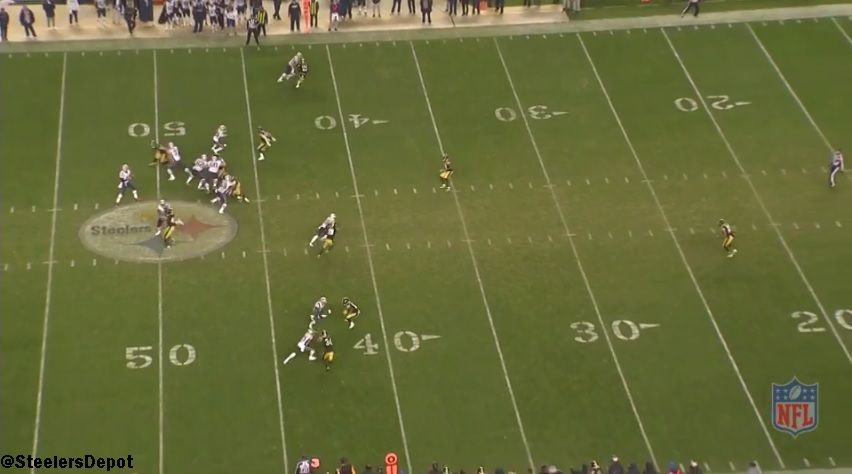 – Mike Mitchell’s depth was too deep on the final drive. Couldn’t close on throws to Gronk over the middle. 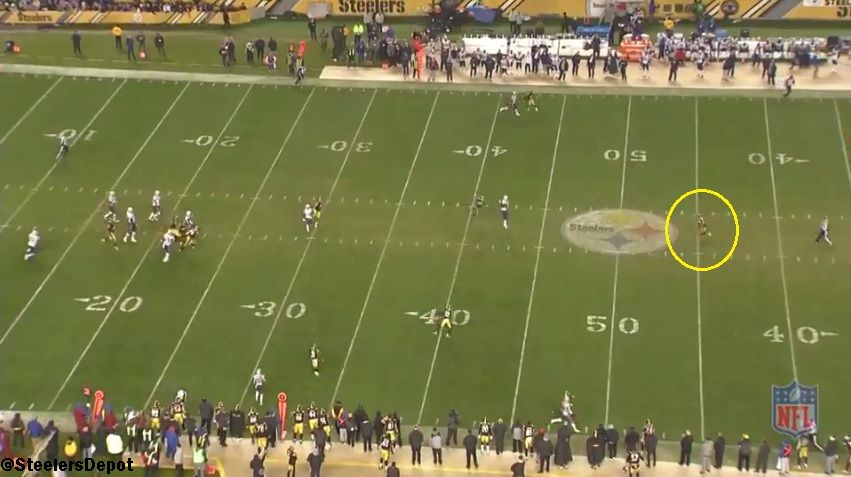 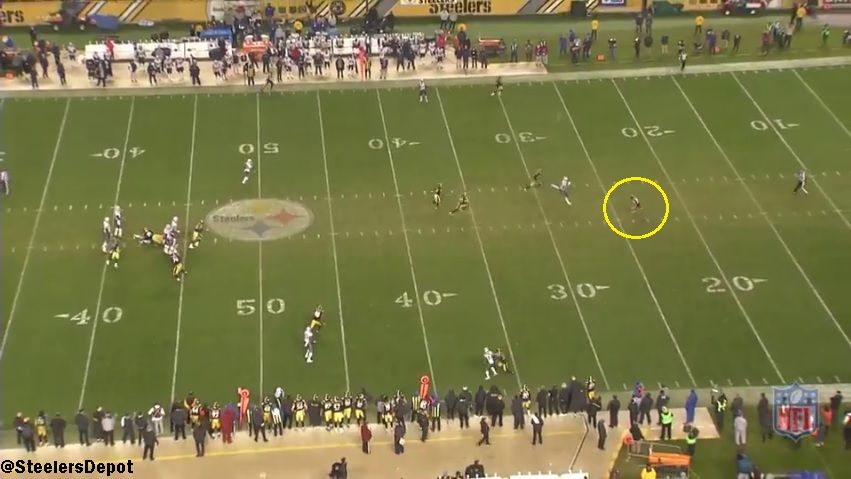 – JuJu’s gotta take a knee in the end zone. He made up for it but wasted time and yards. 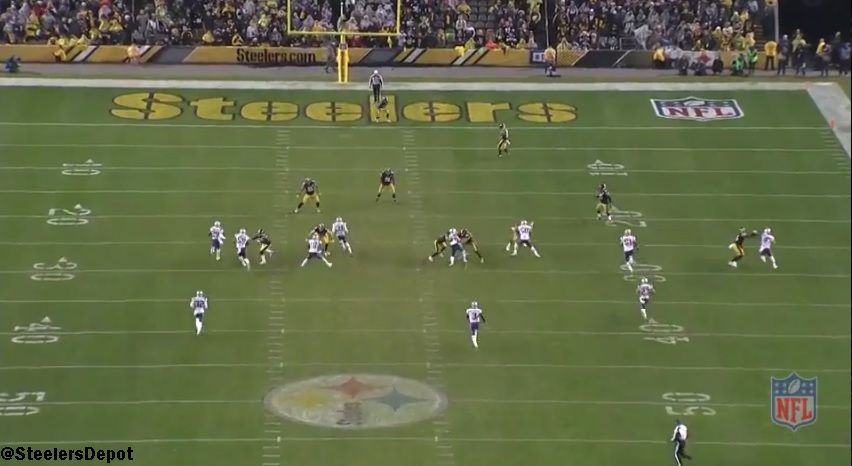 Speaking of kick returns, probably going to do a video on this later in the week, the blocking was terrible. Not really JuJu’s/Fitz’s fault.