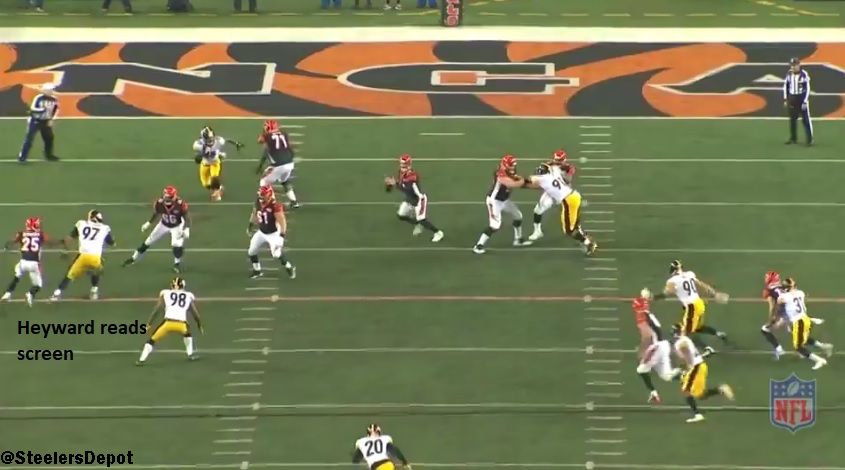 – Linebackers get suckered in by playaction. Can’t get depth to defend throw over the middle. 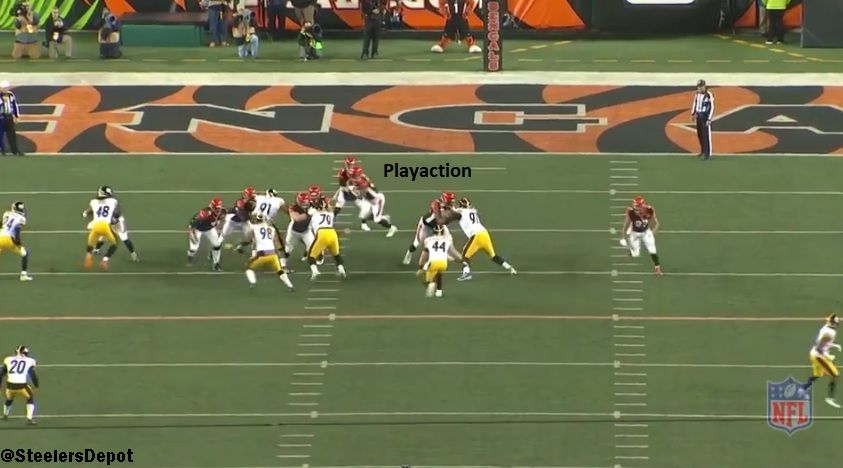 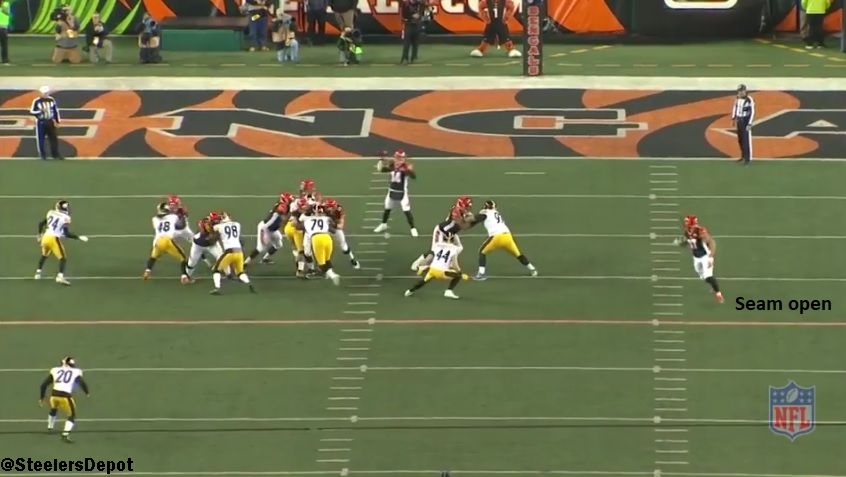 – Coty Sensabaugh was pretty bad in coverage but against the run, I liked what I saw. Good run fits. For whatever that’s worth.

– Punt return. Golden-Nix-Chick-Fort-Matakevich-Fitz-Wilcox. Burns as a jammer to one side, DHB/Brian Allen the other two. Eli Rogers on punt returners.

– Sluggo seam miscommunication. Roethilsberger threw it inside, AB cut outside. 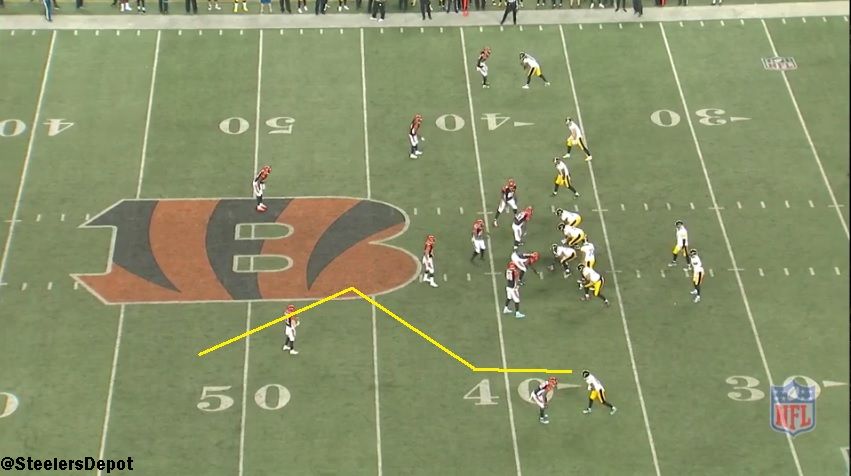 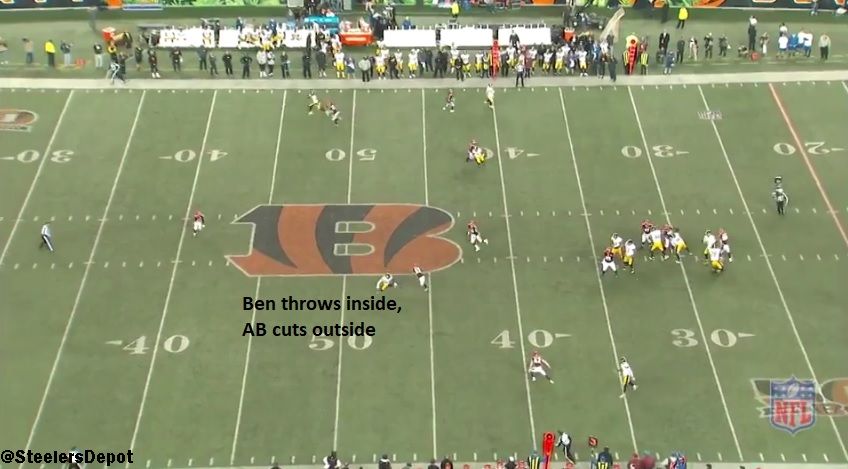 – Screen…not sure what Vince Williams is looking at here. Definitely not the ball. 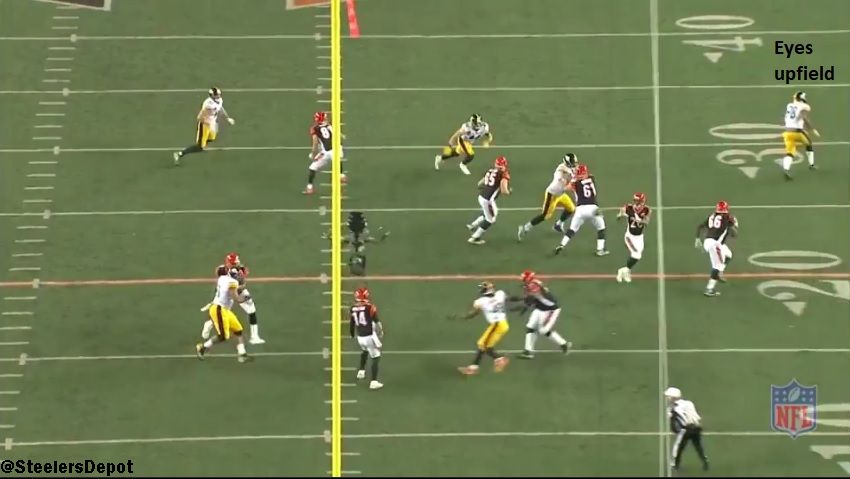 – Too bunched up in zone. Gotta space it out and stay at home. Easy completion on 3rd and 7. 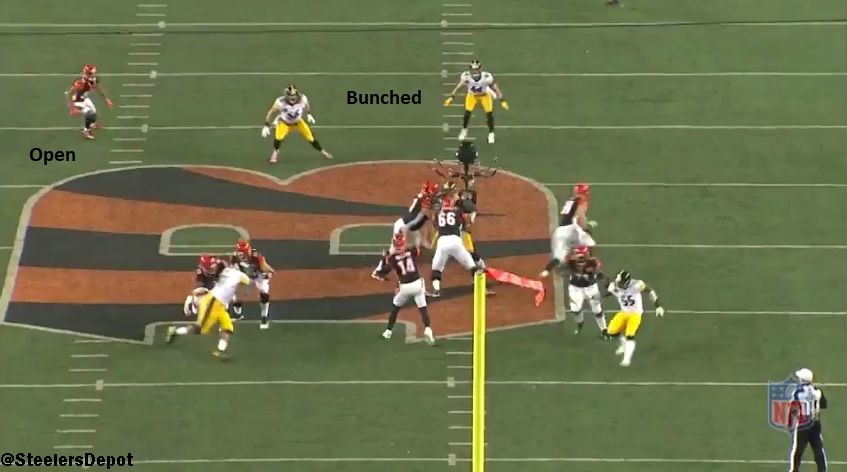 Nice idea on the slot fade out of bunch. Draws a flag, gets three points before the half.

After Matakevich went down, James Conner replaced him at L1. First time he’s been there all year. 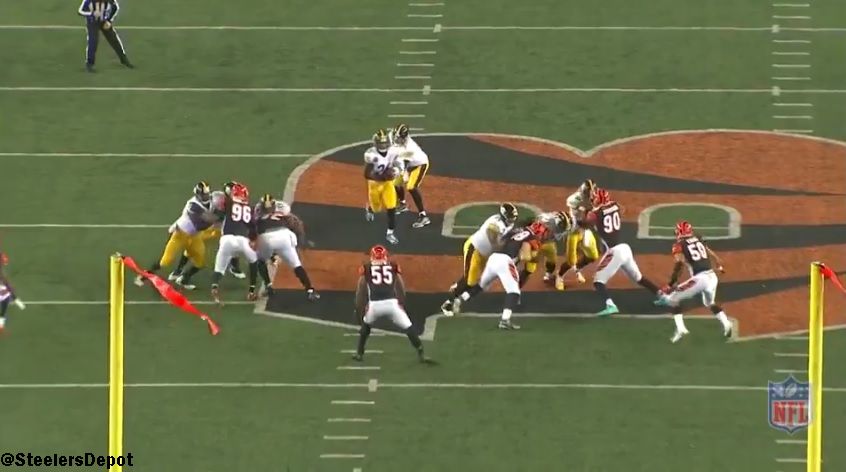 – Impressive combo block by Xavier Grimble, who has shown steady improvement in that area.

– Bad rep from Ramon Foster. Not square. Ben gets hammered.

Ugly rep from Foster. Basic rule from Munchak is to stay square to the block. Ben gets absolutely rocked. #Steelers pic.twitter.com/QeTovnkDz8

– Bad communication. Gets L.J. Fort on A.J. Green down the seam. Vince Williams bails them out with a sack.