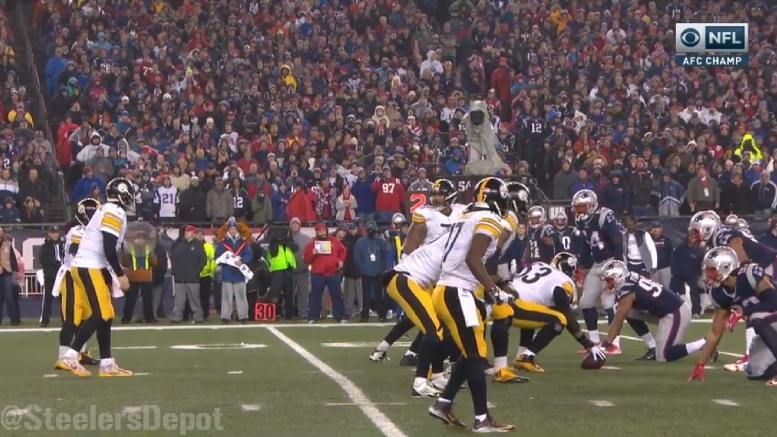 Have you heard? It’s Patriots Week. And what a coincidence that it should also fall in Patriots Year. Or so it has seemed around these parts throughout the calendar year of 2017. There have been times when it seemed as though there was more discussion about the New England Patriots than the Pittsburgh Steelers.

But we’re almost there. The pivotal showdown between the two AFC finalists from a season ago are scheduled to square off for a huge Week 15 matchup that will most likely determine who earns the number one seed in the conference.

With the Vikings losing yesterday, there are just three teams remaining in the NFL with two or fewer losses, the other being the Eagles, who may have just lost their quarterback for the rest of the season. We may know for sure by the time this publishes, or at least by the time you might read it.

The answer is that they can beat them by scoring more points. Of course the Patriots are beatable. Every team that has ever played has been beatable, even the 1972 Dolphins, whom nobody actually beat. But that doesn’t mean it was impossible to do so. The 16-0 Patriots found out the hard way that you’re always beatable.

The Steelers can win. Of course they can. They might not. But they can.

What has changed since last season? Well, for one thing, Ben Roethlisberger is actually hot. The back half of the 2016 season for him was not all that incredible as the Steelers turned toward the run game. The passing attack this season is more dynamic with JuJu Smith-Schuster and Martavis Bryant supplementing a stellar season from Antonio Brown.

Cameron Heyward is here this time. Ryan Shazier will not be. Joe Haden? He might be out there next week. But we know that Ross Cockrell will not. Nor will Lawrence Timmons. But Vince Williams and his seven sacks will be. T.J. Watt will be.

And an offensive line perhaps finally hitting its stride, including Chris Hubbard, who should be a starting right tackle somewhere in the NFL in 2018, will be out there as well. I don’t know what will happen, but I know it will be fun, and nerve-wracking.