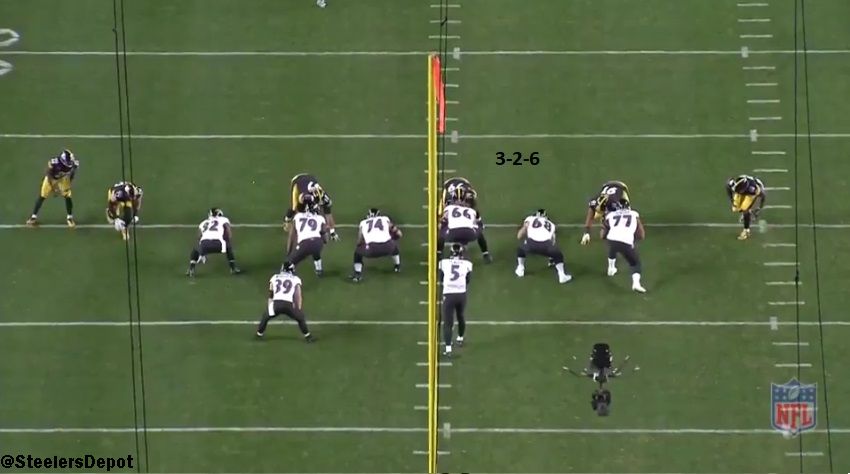 You can question how effective Keith Butler has been, Sunday night certainly won’t go in his resume, but he’s definitely been adding new wrinkles to the Pittsburgh Steelers’ defense. Against the Green Bay Packers, we wrote how Butler brought back the amoeba defense. Against the Baltimore Ravens, he did something totally new.

Three times, Butler ran a 3-2-6 dime package. Three defensive linemen, two linebackers – both OLBs – and six defensive backs as part of their dime package. Here’s a look at each one. 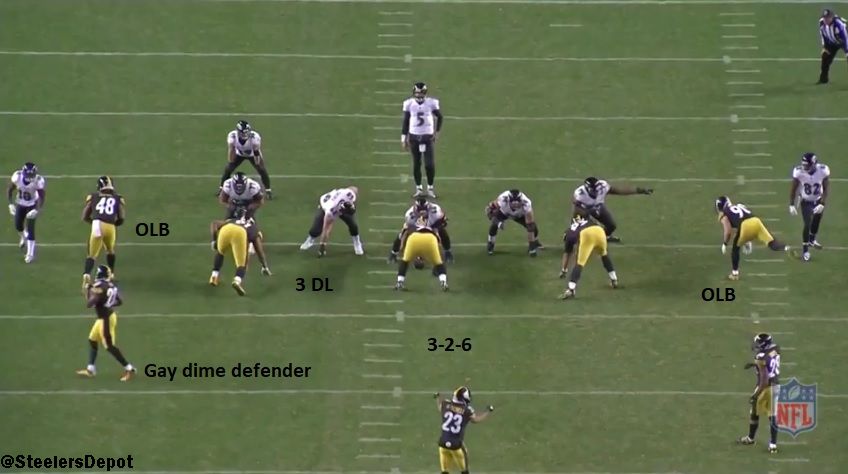 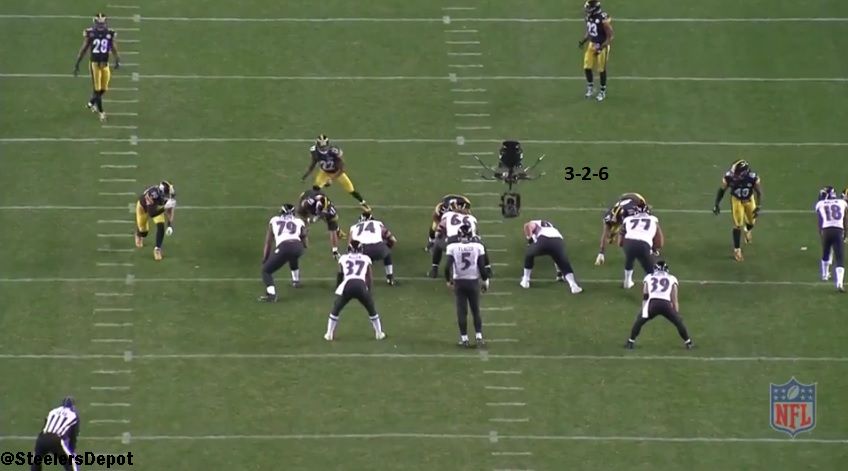 The Steelers solution to replace Ryan Shazier was…don’t. There wasn’t a good option on third downs. Not Arthur Moats, not Sean Spence. L.J. Fort did get some reps in dime but the Steelers did their best to limit his exposure.

Pittsburgh forced incompletions on two of the three plays. The other, the first one, was a 22 yard gain to Danny Woodhead on third down, the one where Javon Hargrave tried to cover him.

It’s another wrinkle to try to get the Steelers’ best players on the field and their best pass rush. It wasn’t just a personnel response; twice it was against 11 personnel. And twice they rushed their standard four (the other was a three man rush).

Will they use it moving forward? Maybe. It’s not a bad switch-up. It’s one solution to getting Hargrave pass rushing snaps he definitely deserves and helps compensate for outside linebackers who haven’t been good enough. And like I said, a solution to replace Shazier without actually replacing him.

The best way to beat a team like New England isn’t to do *one* thing. That’s the worst thing you can do. Predictability is how the Patriots thrive. From a personnel standpoint, Butler and the Steelers have a ton of options. Base defense, nickel, dime, amoeba, and now whatever you want to call this new look. It’s a Rolodex that can only help keep Tom Brady guessing. And that’s the best way to win.