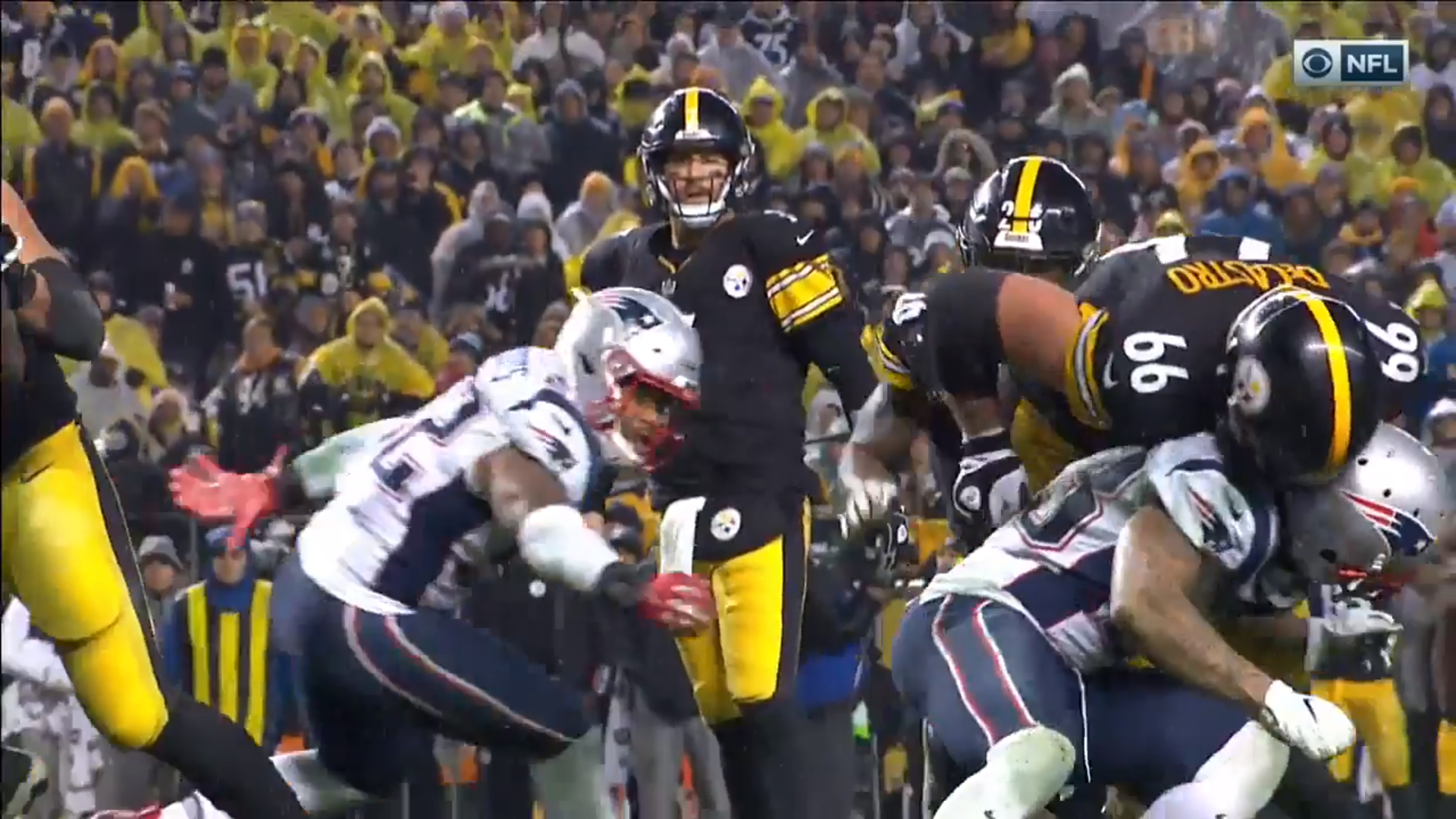 I don’t think many were surprised when it was announced that Pittsburgh Steelers sixth-year guard David DeCastro was named to the Pro Bowl for his play this season. He has now received that honor for three consecutive years, and this is the second time that he has been named a starter—as they choose more than two at the position.

In my estimation, DeCastro is coming off the best season of his career so far. He had a bit of a down year in 2016, struggling a bit with consistency and with a lot of penalties, but he has improved in both respects this season. Sunday was just a par for the course game for him.

In the early goings of the contest, they already had the right guard pulling, with Le’Veon Bell following him from right to left. His block set up a tempting gap, but the turf monster seemed to get the back, and he was limited to seven yards.

Later on in the first quarter, about midway through, with the Steelers facing a third and nine, DeCastro demonstrated his strength and stamina in pass protection. As is still fairly often the case, the line had to hold their blocks for nearly seconds, but it paid off here, with Ben Roethlisberger connecting with Antonio Brown for a big gain.

Into the second quarter, about halfway through, we had the guard pulling again, this time on their staple counter, using Xavier Grimble as the tight end in tow. Key here was his ability to direct the linebacker out of the play while avoiding a holding penalty, something he was knocked for several times last year.

Advancing into the second half, at about the midpoint of the third quarter, the Steelers ran a sweep right, with DeCastro, right tackle Chris Hubbard, and JuJu Smith-Schuster providing the perimeter caravan. Again, his navigating the defensive lineman wide of the play while drawing free of a hold is notable.

Later on, into the fourth quarter, his ability to pick up the stunt and direct the defensive end inside provided Roethlisberger an alley of escape, which allowed him to scramble for five yards to convert on third and four.

Maurkice Pouncey is the most decorated lineman for the Steelers, but I think most acknowledge by now that DeCastro is the best player on the line. I would expect that he should make the All-Pro list once again, likely first-team, as he looks to keep pace with his predecessor, Alan Faneca.