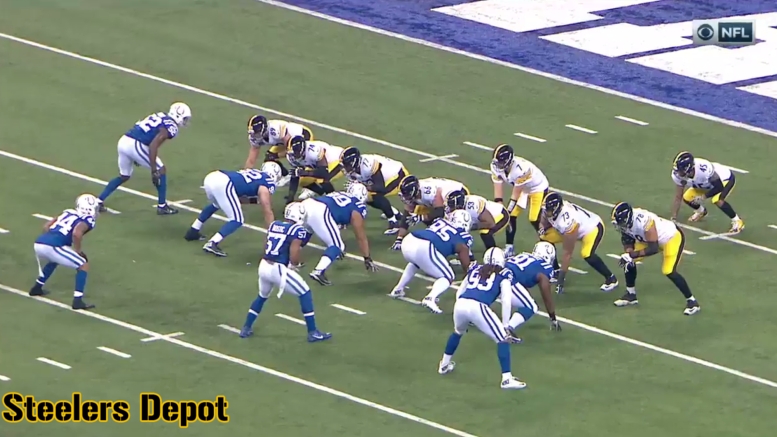 This may be his last season here—and to be clear, that is in no way set in stone—but even though Marcus Gilbert has returned from suspension, we have still not yet seen the last of Pittsburgh Steelers fourth-year offensive lineman Chris Hubbard for the 2017 season.

Hubbard, a 2013 undrafted free agent out of UAB, has started 10 of 15 games this season, and played roughly the equivalent of 11 games at right tackle in place of Gilbert this year through a combination of injuries and suspension.

The majority consensus is that he performed well enough to enter the starting tackle market when he hits free agency in 2018, and with both Gilbert and Alejandro Villanueva already locked up, Pittsburgh will obviously not be in that market.

But that doesn’t mean they won’t continue to make use of him now, even outside of the starting lineup, as they have in the past. Last season, beginning in the back half of the year, the team began to rely on Hubbard as a tackle-eligible tight end option, at some points even running the package north of 20 percent of the time during games, after they turned their focus more toward running the ball.

Gilbert made his return from a four-game suspension last week, and Hubbard saw about a dozen snaps in that contest lining up as a tackle-eligible tight end, demonstrating the clear intention that they continue to feature this look.

Last season, the Steelers liked to pair Hubbard often with David Johnson in the 12 personnel, and also with fullback Roosevelt Nix when they used the 22 personnel. This year, it has largely been Vance McDonald with whom he worked, but as I mentioned in my charting notes column this week, they even featured him a couple of times as the lone tight end on the field, something I had not seen them do before.

In actuality, if they wanted to, they can even use a pair of tackle-eligible tight ends on the field together, as both B.J. Finney and Jerald Hawkins have taken reps in that role this season. Finney is expected to start at center, but Hawkins would be available for that role. The Texans, whom they just faced, are a team that likes to use seven linemen on occasion, though Pittsburgh has not done so since I’ve been writing about them.

It seems that over the course of the back half of the season, the Steelers have attempted to—when able—strip away from of the more challenging blocking assignments given to Jesse James, who has been their primary tight end the past two seasons. They even did this late last year with the aforementioned packages.

If McDonald were actually consistently healthy, I might wonder if they would have used the tackle-eligible less—though on the other hand, had Gilbert been healthy and on the active roster more, they probably would have used it even more than they have through most of the season.