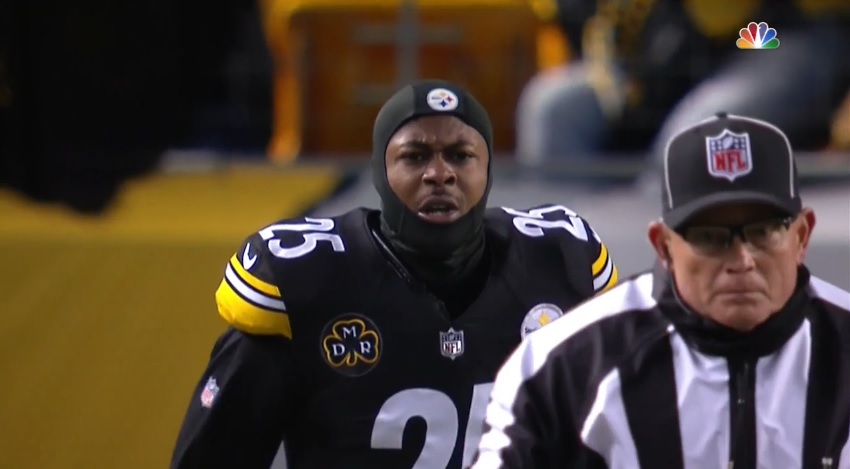 Absurd is an apt way to describe most of what happened Sunday night at Heinz Field. The Pittsburgh Steelers went up 14-0, the Baltimore Ravens responded with a 31-6 run, and the Steelers finished things by outscoring them 19-7 in a 39-38 win.

Productive as the offense was, the Steelers’ defense equally struggled. The 38 points Baltimore scored is the most in the Steelers/Ravens rivalry. It was the first time in franchise history they allowed that many points and won. Quickly reflecting after the game, Cam Heyward called most of the issues “absurd.”

“A lot of it is just self-inflicted,” Heyward told reporters. “Whether it’s penalties, missed tackles, absurd things that we’re doing.”

Sunday night had plenty of that. Four defensive penalties and they were both costly. Two late hits on Sean Davis. Two pass interference on Artie Burns. At least 20 missed tackles. The worst rendition of “12 Days Of Christmas” I’ve ever heard.

But through it all, the Steelers – as has become commonplace – found a way to win. And the defense provided the crucial plays of the game, forcing a three-and-out to give the offense the ball back, who marched downfield for Chris Boswell’s go-ahead boot.

“When we finally settled down, we got off the field, got the ball back to our offense, you saw what happened,” Heyward said.

After Le’Veon Bell found the end zone with 3:25 to go, and the Steelers down 38-36, the defense made a play. Three of them. Joe Flacco threw incomplete deep over the middle on first down, Alex Collins gained seven on second, and Stephon Tuitt batted down Flacco’s pass on 3rd and 3. Pittsburgh got the ball back at their 17 with 2:25 remaining, all the time in the world for Ben Roethlisberger and company.

Clearly, the Steelers felt the effects of the injuries they’ve suffered. No Ryan Shazier, no Joe Haden, and the team mixing and matching at both spots in an attempt to compensate. There’s a lot to work on. Starting with the fundamentals, still crucially off the mark so late into the year.

But through it all, the Steelers still found a way to win.