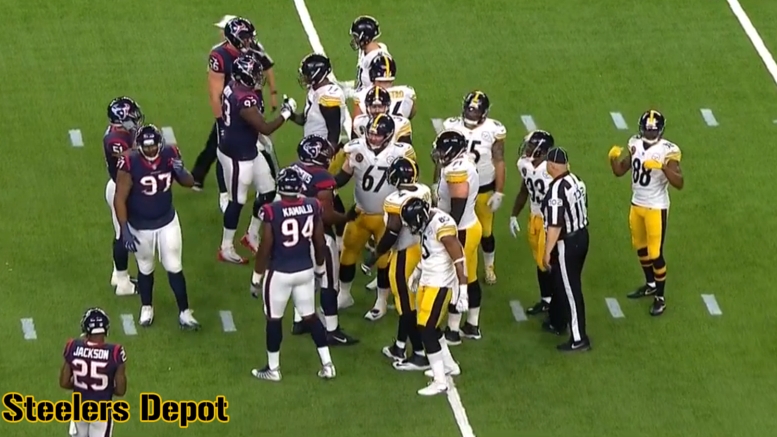 It hasn’t been often this season that the Pittsburgh Steelers have come out on the wrong side of the scoreboard. In fact, they currently have 10 more wins than they do losses, which doesn’t necessarily happen all too often.

At the same time, it hasn’t been too often over the course of this season in which the Steelers have really handled their opponent virtually from the start of the game to the finish, or really had the game in hand for the majority of the day.

Yesterday’s game against the Texans was almost assuredly the most lopsided performance all-around that the Steelers have had all year. And sure, it came against a Houston team with a slew of integral players sitting on injured reserve.

But considering how popular the narrative is that the team plays down to competition, I would be inclined to hope that a 28-point victory could satiate at least some of the bloodlust that fans of this team often exhibit.

Games like these may be boring for those on the losing side or who have no stake in the outcome, but I can’t say I haven’t ever enjoyed every second of a good Steelers blowout, and yesterday’s 34-6 defeat of the Texans would certainly quality.

And yet they didn’t seem to do all that much. They only ran 58 plays despite having a very slight edge in the time of possession, and frankly I’m at a bit of a loss as to how there were only 110 plays run from both teams over the course of the full game. That is certainly comfortably below the average number of plays run per game.

Over the course of the first 14 games, for example, the Steelers eclipsed 1000 plays from scrimmage. A very, very rough calculation of the numbers show that that is an average in excess of 70 plays per game, and the Steelers did not even his 60—with the Texans barely even hitting 50.

The game was never in much jeopardy. They led coast to coast with an opening-drive field goal, a 20-0 halftime lead, and nearly a 30-point victory when all was said and done. The offense scored four touchdowns on six trips into the red zone while protecting the football, the defense took the ball away twice and recorded seven sacks.

Really the only blemish on the entire afternoon was the run defense, which admittedly is a concern going forward, but if the offense—with a healthy Antonio Brown on his way back—can continue to play as it has for most of the past month and a half or so, then it won’t particularly matter.

The Steelers have made it a habit of keeping things close, good or bad. Nine of their first 14 games were decided by one possession, many by a field goal, and many of those by a late lead change. So a big win like this was certainly a welcome departure.