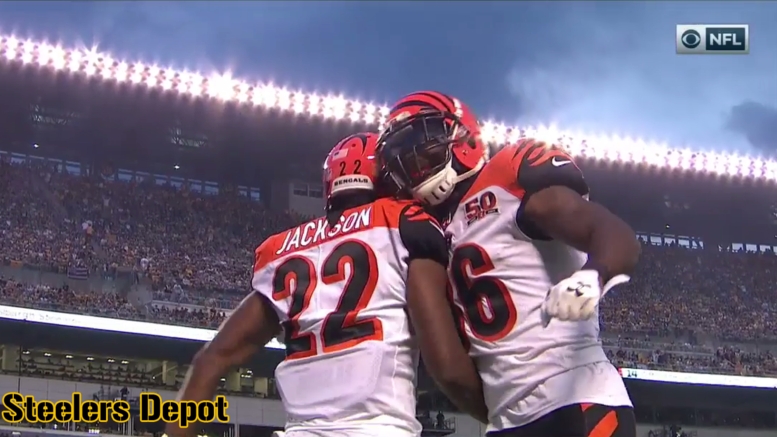 The Cincinnati Bengals will host the Chicago Bears on Sunday. When they do, they could be worryingly thin throughout the secondary and down as many as three starters for the contest. With the team clinging desperately to waning hopes of securing a playoff spot—the division is already mathematically out of the question—this is about the last thing they can afford, as the secondary has been their strength.

The Bengals already entered the game without starting safety Shawn Williams, who has missed the past two games now with a hamstring injury, and it remains to be seen whether or not he will even practice this week, let alone play in the game.

Early in the game against the Steelers, cornerback Adam Jones suffered a groin injury while returning a pass that he intercepted from Ben Roethlisberger. He was pretty quickly declared out for the remainder of that game. Facing a short week, he might not have an easy time returning in time.

At the end of the Steelers game, their other starting safety, George Iloka, was penalized for a helmet to helmet hit against wide receiver Antonio Brown as he caught the game-tying touchdown. It was announced yesterday that he would be suspended for one game, though he is attempting to appeal.

To make matters worse, cornerback Darqueze Dennard and rookie safety Brandon Wilson were also injured in the game, though the former was able to return. The Bengals may have to start a safety combination of Clayton Fejeledem and Josh Shaw, the latter of whom is a swing defender who can also play cornerback.

At least for that night, Shaw ended up being the nickel corner when Dennard was briefly injured, and after Jones already left the game. But they do have KeiVarae Russell at cornerback, as well, who was inactive for the game.

Under the worst-case scenario, the Bengals could field a defensive backfield for their next game featuring Dre Kirkpatrick and William Jackson III at cornerback with Dennard in the slot, and Fejeledem and Shaw at safety.

Having Jackson at depth is a great luxury to have for Cincinnati, who drafted the cornerback in the first round a year ago, though he missed all of his rookie season due to injury. He will likely replace Jones in the starting lineup in the next year or so.

Dennard, too, is a former first-round pick, though he has never developed into a starter as they had hoped. But the Bengals have never been one to shy away from taking cornerbacks high in the draft. Kirkpatrick is yet another of their own first-round picks.

Given that they have 10 total defensive backs on the roster and could be without three of them, a roster move would be likely—inevitable, in fact, if Iloka’s suspension is upheld. But they don’t have any safeties on the practice squad. If I were them, I might sign Jordan Dangerfield.