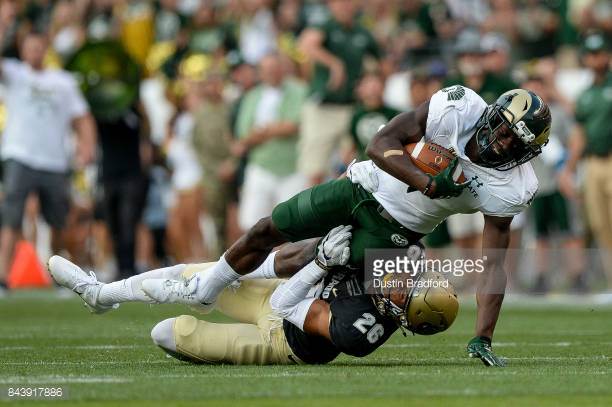 With the Pittsburgh Steelers not kicking off until tonight, let’s take another look at the future. Been getting a lot of draft questions lately. I haven’t done much research yet so for now, I’ll defer to those who have. In Sporting News mock draft released last week, they have the team taking Colorado cornerback Isaiah Oliver 31st overall.

In describing the pick, Eric Galko (who is one of the top draft guys, in my mind) he writes.

“The Steelers need cornerback help for the future, even after adding Artie Burns in the 2016 first round and Joe Haden in this year’s preseason. Oliver is a rising prospect with great ball skills and vertical range.”

Oliver is a junior but just declared for the NFL Draft (players still have the option to change their mind). For the Buffs in 2017, he’s picked off two passes and broken up 12 passes in ten games. He had one interception a year ago and has dabbled as the team’s punt returner.

Listed at 6’1 and 190 pounds, he is a little raw, not becoming a full-time starter until this season. A lack of experience didn’t stop the Steelers from drafting Artie Burns and the two actually have other similarities. Like Burns, Oliver ran track at Colorado, spending two successful seasons on their outdoor track team. In high school, he was a star receiver and defensive back and his bio says he can leap 37 inches in the vert. His father was drafted by the Denver Broncos in 1992 and was a world-class track star while an uncle briefly spent time in the league, too.

Obviously, it’s early and we don’t even know the draft order yet. But on paper, the pick makes sense. Cornerback is still a position that can be targeted with Haden’s contract skyrocketing for 2018; the team will have to make a decision and weigh his stellar play with the money he’s owed.

Oliver’s selection is probably one of the better ones out there. Others are still in the media-bubble of ignorance. CBS Sports, for example, has the team taking a defensive end in round one. Yeah…no.

If you’re a draftnik, share your thoughts about Oliver, or any first rounders the Steelers could/should target, in the comments below.