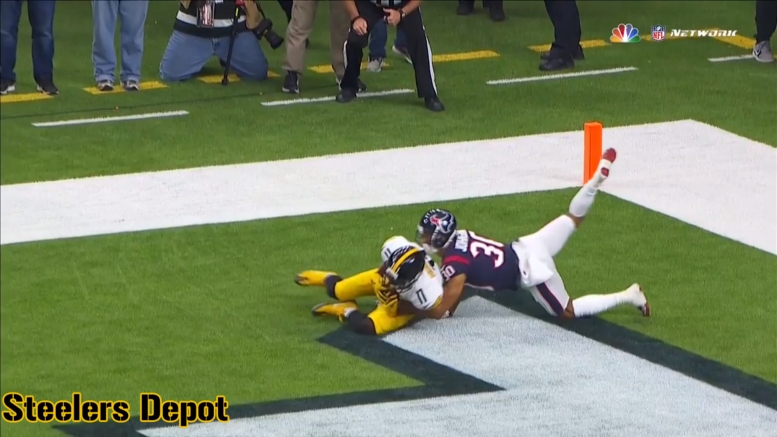 Question: What do you most want to see out of tomorrow’s game against the Browns?

There isn’t a whole lot, to be perfectly honest, to look forward to in tomorrow’s game, beyond merely the fact that the Steelers are playing, and it’s a football game. Those two things in and of themselves are worth a lot, but not for everybody. With a lot of starters expected to rest, facing a winless team and not much at stake, many will tune now.

But the sort of person who reads a blog like ours is going to watch if they can. I think that time has proven that to be the case. So for those of us watching, what are you most hoping to see out of the game?

For me, there are two players in particular that intrigue me. One is Justin Hunter. We saw guys like Demarcus Ayers and Cobi Hamitlon step up in the season finale last year. Hunter is coming off a game in which he scored his first touchdown in the black and gold, and he may see a season-high in snaps and targets in this game. What will he deliver?

The other player who is of particular interest to me right now is Sean Spence. Why? He’s by far the biggest wildcard in the starting lineup. He has gotten better over the course of the three weeks that he has been here, but nobody is going to replace Ryan Shazier.

It would be great if we could see a great game out of Spence heading into the postseason, particularly against the run. Shazier’s incredible speed and diagnostic ability really masked a lot of issues in the run game, and Spence needs to be able to bridge that gap more than he has to date.