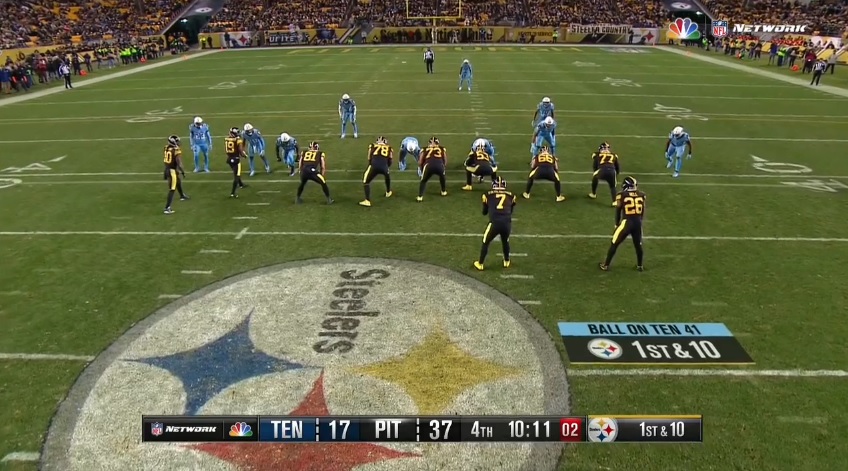 If you’re on Twitter, last night was all about the Pittsburgh Steelers. And it was all about”dilly dilly.” The nonsensical phrase taking the city by storm after Ben Roethlisberger used it as part of his cadence in Thursday night’s win over the Tennessee Titans.

For those unfamiliar, the phrase was coined in a string of Bud Light ads and now is apparently popular with the Steelers.

ESPN’s Jeremy Fowler got the scoop on the story behind the phrase. It came from Alejandro Villanueva, who convinced Big Ben to use it and by game’s end, it had gone viral (as the kids like to say).

That was one of Al’s creations,” David DeCastro told Fowler. “I wasn’t too fond of it, but of course it goes viral. It’s all over Twitter, of course. You know Al and attention.”

It was a hit among Steelers’ fans and players. Le’Veon Bell especially seemed to get a good chuckle out of it.

So grab your mutton chop and ale. Substance and style, the Steelers are rolling. Life is good.