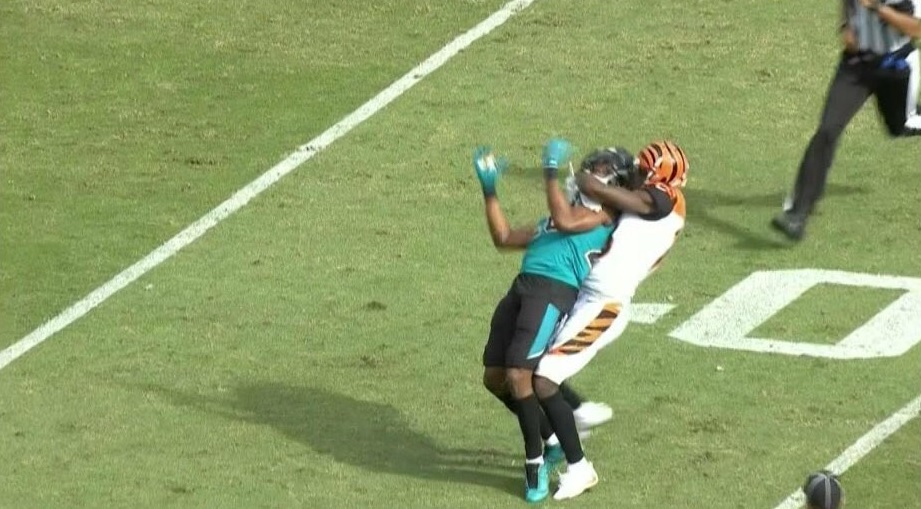 You may have seen it by now but if you haven’t been on/don’t have Twitter, it’s worth another look. Cincinnati Bengals’ wide receiver A.J. Green may have taken out some season (and career) frustration today, getting himself ejected after choke slamming Jacksonville Jaguars’ corner Jalen Ramsey.

Jalen Ramsey and AJ Green getting after it out there pic.twitter.com/dKHxrON8I4

Both players were tossed, though many have fairly wondered what Ramsey did to earn himself an ejection.

The Bengals lost to Jacksonville 23-7. Without Green, Andy Dalton had no weapons and held to just 136 yards on ten completions. Their leading wide receiver was Brandon LaFell’s two catches for 28 yards and on the day, the offense was held to just 148 yards. They drop to 3-5 on the season and though it was pretty much already a given, have lost all hopes for playoff contention.

It’s definitely possible Green winds up being suspended for his actions. Pittsburgh doesn’t play them for another month so it’s not going to affect the upcoming matchup but sums up the Bengals’ time under Mike Brown – frustration. They haven’t won a playoff game since 1990 against the Houston Oilers.

Jags’ QB Blake Bortles trolled the Bengals post-game after Vontaze Burfict proclaimed that Bortles couldn’t beat them (he threw for 259 yards, a score, and wasn’t sacked).

After a brief surge following the firing of their offensive coordinator, the Bengals have fallen back into a predictable rut. Can’t run. Can barely throw. And without leadership, Marvin Lewis continues to fail in that regard, not much of a future.