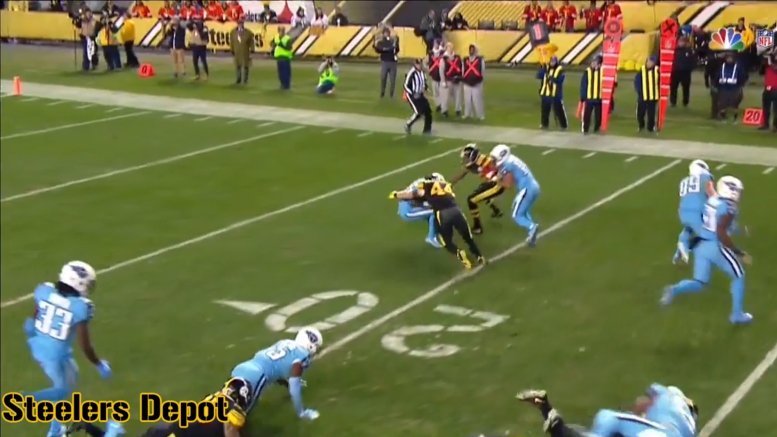 Let’s be honest. Chances are pretty good that Tyler Matakevich is never going to be a full-time starter at any point in his NFL career. That is not a short at the Pittsburgh Steelers’ second-year inside linebacker, but rather an observation of a simple fact that is true of the majority of people who ever pass through the doors of an NFL locker room. Starting spots are limited, and the backup positions are fluid.

It’s hard being a starter. And it’s hard getting to be a starter, especially from the position of a late-round pick. Just look at what Vince Williams has gone through since his rookie season. A sixth-round pick, he actually started for most of that season, even though he was frequently taken off the field on passing downs.

He was only starting because Larry Foote was injured in the season opener, of course. But he thought he might retain the starting job in his second year before the team drafted Ryan Shazier and immediately plugged him into the lineup.

Prior to this season, he had only gotten spot starts due to injury, instead being content to carve out a role for himself on special teams as a force. And that is exactly what Matakevich would have to do—and is doing—if he ever hopes to wait out a starting job, here or elsewhere.

All three of his tackles came while playing kickoff coverage, which you would not necessarily expect, given the number of kickoffs that end in touchbacks in today’s game. But games like this go to show you that you still need coverage platers. Tennessee returned five kickoffs, in fact, for 103 yards.

Matakevich stopped three of them. On one kickoff that reached the goal line late in the first half, he made the tackle on Adoree’ Jackson at the 25-yard line, and he improved upon the Steelers’ post-kickoff field position the next two times he had a chance.

During two fourth-quarter kickoffs, the linebacker proved to be a burden for Jackson. The first kickoff only reached the five-yard line, forcing him to return, and he was only able to bring it out to the 14 after a nine-yard gain.

Toward the end of the game, with about five minutes to play, another kick reached the goal line. Jackson brought it out, but thanks to Matakevich, was only able to bring it out to the 19-yard line.

On the season, he has 14 tackles, of which I believe 11 have come on special teams. He has a pass defensed on special teams as well as a blocked punt that was recovered for a touchdown. He has at least one downed punt that I can recall as well. He is deserving of going to the Pro Bowl for his work in this phase.