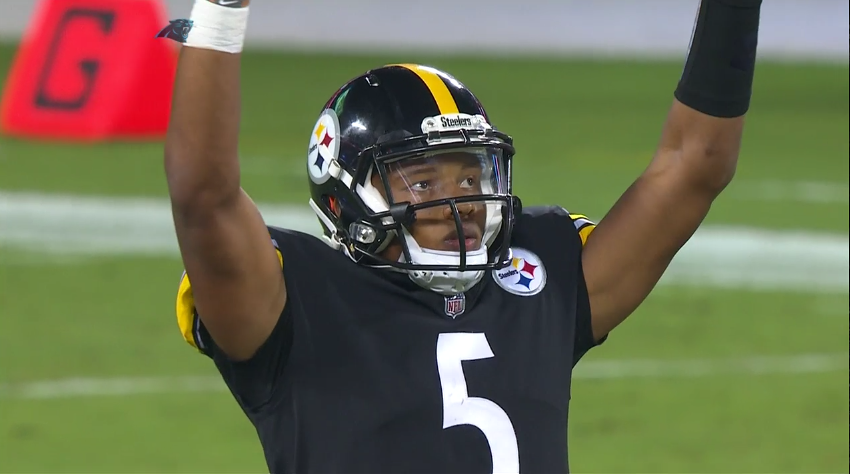 The Pittsburgh Steelers benefited greatly in several different ways during their bye week as not only did it provide some extra time for injured players to get healthy, a few younger players were able to get some much-needed and meaningful practice reps in. During his Tuesday press conference, Steelers head coach Mike Tomlin talked a little about how a few younger players on the roster benefited from the team’s bye week.

“It provided an opportunity for some devolving players to get some work,” Tomlin explained. “Specifically, guys like Josh Dobbs, a third quarterback that doesn’t get a lot of work once you start playing football games. I thought he had a couple of good days of work during the bye week for us. A guy like Cam Sutton, a young developing guy, a guy that’s coming off of an injury, getting an opportunity to work and get live reps. I thought it was significant for a number of developing people. Those are just two guys I chose to highlight.”

Joshua Dobbs, who is still the team’s No. 3 quarterback, probably hasn’t received very many practice reps since the preseason ended so it’s great to hear that he was afforded the opportunity to get some extra time this past week while starter Ben Roethlisberger reportedly rested his arm and body. Dobbs has been inactive for every game this season and barring injuries, that’s likely to continue during the second half of the regular season.

As for Cameron Sutton, who was allowed to resume practicing last Tuesday, the young cornerback remains on track to return from his hamstring injury in a few more weeks. As of today, the Steelers have 14 days remaining before they’ll need to decide to either place Sutton on the 53-man roster or leave him on the Reserve/Injured list the remainder of the season.

Sutton, the Steelers first of two third round draft picks this year, only played in two of the team’s four preseason games due to a hamstring injury that he originally suffered during training camp. The Tennessee product re-injured that hamstring during the preseason finale and ultimately was placed on the Reserve/Injured list at the start of the regular season with hopes he could be given a designated-to-return label during the second half of the season.

“He’s never played in a professional game,” Tomlin said Tuesday when asked what difficulties Sutton faces when it comes to him potentially carving out a role for himself during the second half of the season.