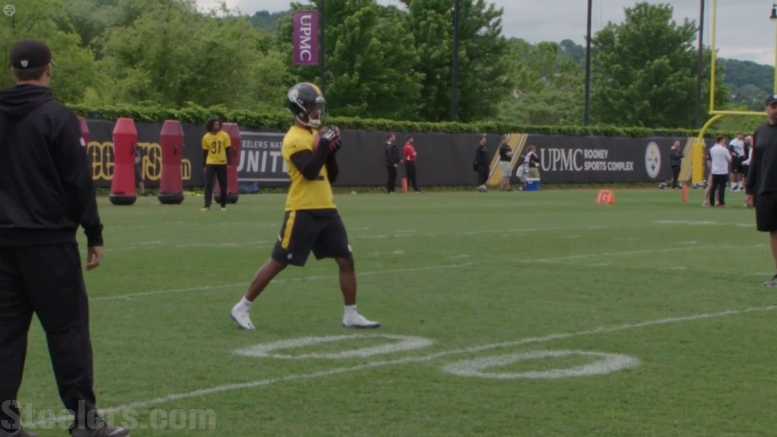 As expected, the Pittsburgh Steelers decided not to activate rookie cornerback Cameron Sutton to their 53-man roster from their Reserve/Injured list this week and that now means this coming Tuesday is a big day for the team’s first of two third-round draft picks this year.

Ahead of the Steelers Thursday night home game against the Tennessee Titans, head coach Mike Tomlin was asked by Bob Labriola of steelers.com to assess the progress of Sutton since he returned to practicing fully on October 31.

“I like what I’ve seen from him,” Tomlin said of Sutton, who was placed on the Steelers Reserve/Injured list with a hamstring injury just prior to the start of the regular season. “The first component of it is his health, and his health seems to be above the line. The second component is his ability to stay wired in and learn and stay up with things while he hasn’t been a physical participant. And he has proven he’s been on the screws in that area as well. His above-the-neck game has been acceptable. We have an option or two there, which are good things for him and for us.”

Tomlin was then asked if the team has made a decision on Sutton yet as his 21-day practice window starts to come to a close.

“No, but we will at the 11th hour,” Tomlin told Labriola. “We like what he’s done. He’s put himself in a position for us to make a decision, and so he has done all of the things he has needed to do.”

Once Sutton was allowed to resume practicing, a 21-day window immediately opened. In short, the Steelers will need to decide by Tuesday if he’ll be placed on the 53-man roster or left on Reserve/Injured the remainder of the season. If Sutton is ultimately placed on the 53-man roster the Steelers will need to make a corresponding move to accommodate him.

Barring some sort of setback, one can easily speculate that Sutton will be on the Steelers 53-man roster by Tuesday evening and especially being as the team just recently lost starting cornerback Joe Haden for an extended prior of time due a broken fibula that he suffered last Sunday against the Indianapolis Colts.

The Steelers Week 12 game is at home and against the Green Bay Packers and that contest could very well mark the first regular season game that Sutton dresses for. If that happens, Sutton is likely to only contribute in that contest on special teams.